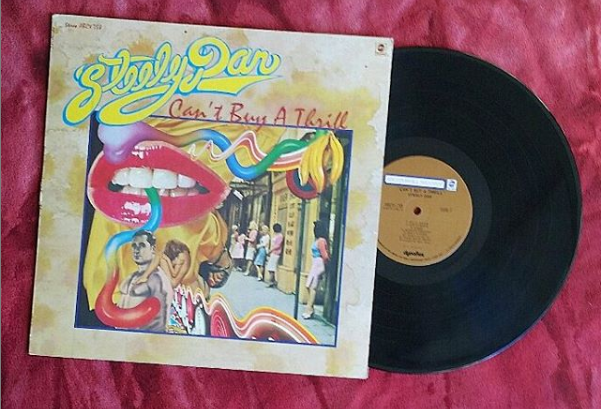 Before Steely Dan recorded and released the album – Donald Fagen didn’t want to sing. He thought of himself as lacking the voice to sing the parts, he had limited range, and power – overall, he thought he wasn’t worthy of fronting the band, even if they encourage him.

After a long road before they pulled off their debut, he met his buddy where they were both students at, in New York Bard College, Walter Becker. They formed their friendship and as music partners, headed to New York City’s famed Brill Building and attempted to sell their music. After having a little success, they became backing musicians for the pop group Jay and the Americans, where they were dubbed as “the Manson and Starkweather of rock ’n’ roll” by the lead singer Jay Black.

So, years after years, Fagen and Becker managed to pull off a record label to sign them and put together a band where they record a full-length studio album called Can’t Buy a Thrill. This was the time when Fagen told everyone that he didn’t want to be the singer.

“I didn’t think I was gonna be the lead singer,” Fagen recalled to Tablet in 2012. “I knew I had the right attitude, but I didn’t think I was technically equipped or psychologically equipped. … I just never felt confidence in it. I admired people like Steve Winwood. I like Marvin Gaye, you know. Coming from the jazz world, I wanted to hear a real singer, someone who dealt some shit out.”

Despite all their hardship, and Fagen not wanting to front the band, they still managed to release an album which was a debut album, where you won’t expect such a debut would be so perfect. Can’t Buy a Thrill is really what you are looking for a debut, it has its freshness, potential which was something different at the time, and was extremely exciting. The delivered which few bands could do with their debut album.

Fagen was really an interesting character, he had his dark humor and a talented musician.