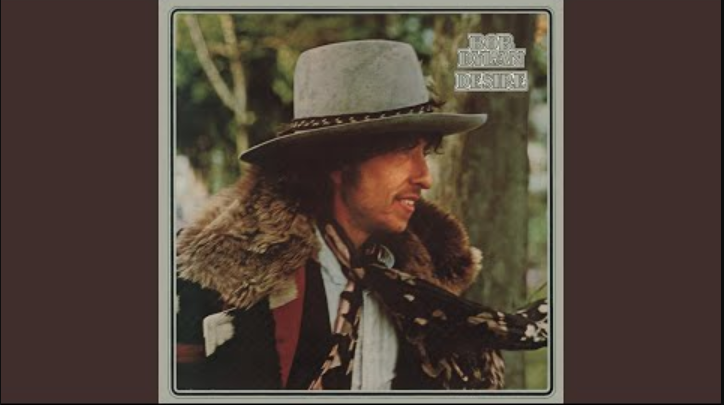 Desire was released during the Rolling Thunder Revue tour break in 1976. In June of the same year, Dylan started working on some new songs, the first of which was “Abandoned Love”. While on his way to the studios in Greenwich Village, Dylan ran into Scarlet Rivera, a shy young woman, a violinist from the Midwest, and Bob invited her to stop by the recording studios. According to Rivera, “One More Cup of Coffee”, “Isis” and “Mozambique” were rehearsed with Dylan on guitar and she accompanying him on the violin.

Finally, the start of the recording sessions was on July 14, 1976, with the recording of two songs composed with Levy, “Joey”, a Homeric ballad about the gangster Joey Gallo, in the tradition of songs like Woody’s “Pretty Boy Floyd” Guthrie and “Rita Mae”, a short theme referring to the writer Rita Mae Brown, known for her mystery novels and for being a committed feminist activist.

Soon Dylan would ask Rivera to join the recording of his new job and accompany her to his bed some nights. The musicians composing the sessions were members of the Dave Mason Band, Scarlet Rivera, Rob Stoner, Emmylou Harris, and the English pub-rock band Kokomo plus a good number of session musicians. The recording process was chaotic, there were too many musicians present in the studio. Eric Clapton, one of the five guitarists present in the studio, would eventually leave the sessions after recommending Bob to use a smaller band. Dissatisfied with the results, the sessions encouraged Dylan to form his own band, the Rolling Thunder Revue.

Published between the two parts of the Rolling Thunder Revue Tour and written in 4 hands with the theater director and songwriter Jacques Levy, among wandering violins, colored masks, and outlaw hats, Desire is a kind of journey in the desert dust played on the notes of Scarlet Rivera’s gypsy violin and Emmylou Harris’ accordion and country angel voice.

Turning the page from the splendor of the 60s, Dylan flees away on a motorbike on Rimbaud’s heels following adventurers (in Durango), mystical women (Isis?) And lost sisters, gangsters, coffee cups and spicy chilies in the sun to finally arrive at Sara, love, the sweet virgin angel sweet love of my life, and from children playing on the beach.

On the traces of this journey we find rest for a stop in romantic oases such as One More Cup Of Coffee (Valley Below), woven by the magnetic violin of the Rivera on a languid rhythm of congas; or the poem of Oh sister, a heartfelt melody sung in a double voice with Emmylou Harris: a sweetly warm, enveloping sound suspended over the desert.

Among the best songs also Romance in Durango, a very romantic story of Desire’s sound, which from a simple progression of chords creates a theater of sounds from the accordion to the bouzouki, from the intertwining of guitars to the trumpets, dusty and hot.

Still, there is Black Diamond Bay – The Black Diamond Bay, bass + violin prepares a light frame for the voices of Dylan and Emmylou and daring images. Rivera’s violin is the second voice of this record, the star of the music: wherever its vibrant and dark sound resounds that mixes with the harmonica, the percussions, it is supported by the guitars to conduct the dances.

A rather country album by Dylan, which has, however, jewels like Hurricane (that song that became known again a few years ago with the eponymous film), Isis or Sara. It is half uneven, but it is a very good album.