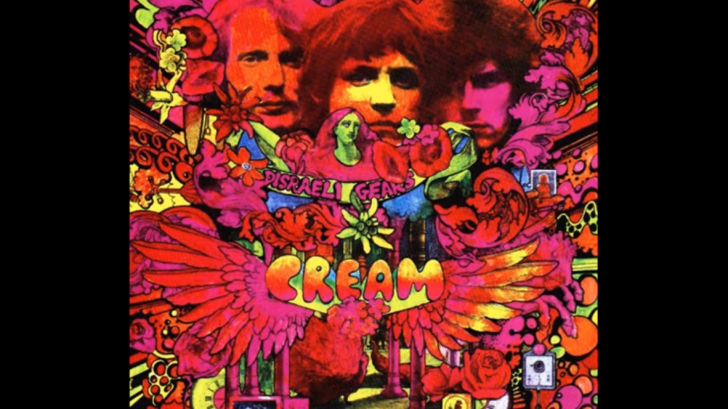 The second album that Cream released in their short journey as a legendary trio, Disraeli Gears still is one of the best albums ever released during their era.

Released in 1967, they found themselves with the LP going towards psychedelia, but they still remain true with their roots, the bluesy jam that can be heard on their debut album.

When Cream released this album, they introduced themselves as one of rock’s force of nature, signalizing a new era of rock n’ roll, plugged in, and full blast volume — offering their own take of blues music. The Jimi Hendrix Experience were their biggest competition during those times, and the same as them they were a trio, proving that a trio can be more powerful, delivering heavy blues and leading to becoming hard rock and heavy metal, and thanks to Disraeli Gears.

The title of the album was an inside joke, where one of their roadies mispronounced the bike part “derailleur gears” as “Disraeli gears.” The super trio recorded this in New York during May 1967 and produced by Felix Pappalardi, who even co-wrote some of the tracks from the album with his wife.

It was their fresh start when their debut, Fresh Cream achieved a lack of American success. It was their recording company that requested them to record Disraeli Gears in New York so that their so-called “top guys” can help them and supervised during the recording sessions. It was Pappalardi who directed them towards a more “modern” sounding while maintaining their roots.

Disraeli Gears was their most straight-forward, and muscular approach – and which led them to become of rock’s powerhouse trio.