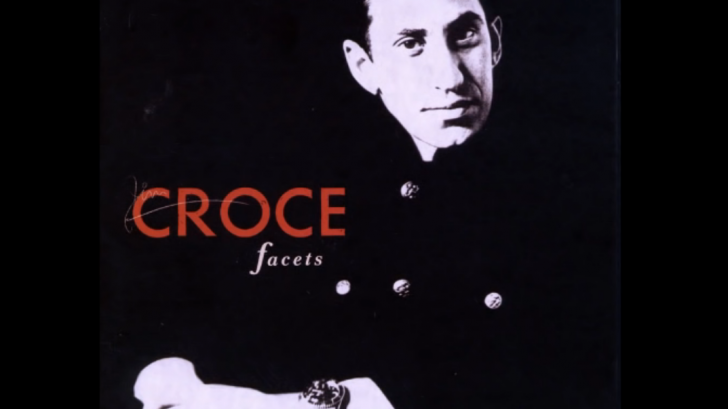 Jim Croce, a musician who amalgamated in his songs poetry, rock, country, and blues.

Jim Croce begins in music as a hobby, although he was passionate about it, he played for pleasure. He formed several bands and played at fraternity parties, in cafes, in schools, … and played as he said:

“Everything the public wanted to hear: blues, rock, a cappella, … everything”

In 1966 Croce animated and recorded his first album “Facets” (500 copies were made). He financed it with the wedding gift that his parents made him, they had the intention of discouraging him, with his foreseeable failure, in this of music and that he was a man of “profit”.

After the failure, he formed a duo with his wife (Ingrid Jacobson) and was more or less living on music for a few years. In 1968 a music producer encouraged them to move to New York and record an album for Capitol Records. For two years they embark on a tour of small clubs and mini-concerts that end up discouraging him from the world of music and, specifically, from NYC.

Jim sold practically everything related to musical activity in order to pay the rent, he moved to a rural area of ​​Pennsylvania and carried out various occupations (truck driver, construction worker …).

Overall, the album Facets was the album that started it all, with this, Jim Croce stumbled upon failures and learned from it — and in time, he would become one of the most successful musicians that the world has ever seen. Sadly, on September 20, 1973, the day before his lead single to his fifth studio album, I Got A Name, was released, Croce was taken from us due to a plane crash — during the peak of his success — along with five others.