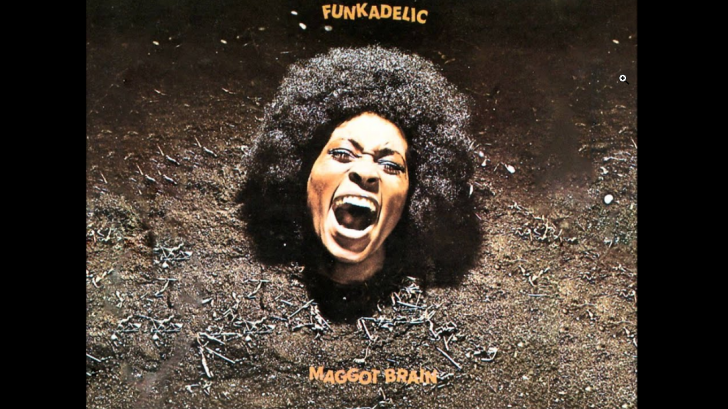 Maggot Brain is the first undisputed masterpiece of the genius George Clinton. Now, on a personal basis, I also think it is the best album of what I classify as “classic funk rock.”

3 basic ingredients completed a recipe of a masterpiece album. An imposing rhythmic section, the lyrical contribution of the mythological universe Funkadelic-Parliament, and a guitarist capable of making you think that songs can be created just by playing 6 ropes.

Maggot Brain, meanwhile, is an album that doesn’t need to be described … if there is a guitar solo that can move you to the point where you get lost, this is it. Hazel was described as Hendrix’s successor in terms of his technique and ability to express himself through the viola, but I daresay it would be difficult to find a single Hendrix guitar player who is as POWERFUL as this one. It’s that shocking.

In an intricate kaleidoscope where tribal rhythms, concrete music, and even comedy rock merge, George Clinton launches an apocalyptic message, a vision of the future of the world that is still in force after almost 50 years.

Funkadelic would release many essential albums after this one, but none would represent it better or would be more significant.