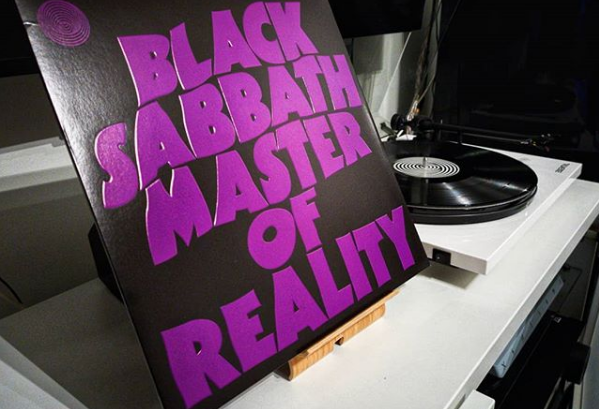 In 1971, Black Sabbath released their third album, Master Of Reality. With the album, they finally established a new formula which they would maintain and improve over several albums that came after.

The intense, sadistic riffs — shines out the most — it’s almost medieval-sounding. The album is hard to match — Ozzy’s coughing and strangled crying on “Alright now!” as he introduces “Sweet Leaf,” — Master Of Reality is the very example of a real first heavy metal music at its very best, and the very reason why Black Sabbath are one of the most influential and important bands in the history of music in general.

All that said, no one really had a problem with the album — the turntable, the riffs, the lyrics, and the heavy mass of sound brings you to timeless music. Really, it’s hard to find any flaws with the album. It’s as heavy as it was released decades ago, and still a very heavy listen to date.

Any other bands can play faster, louder or whatever approach they want, but they can’t touch how Black Sabbath does it — they are denser and heavier, and Master of Reality proves this.

The album features some of the greatest songs in Black Sabbath’s catalogue — essentially the first and last tracks including “Children Of The Grave.” Master Of Reality is consistently good and really damn heavy.

It works very well as a dark and heavy metal album — except the couple short instrumentals and the chilling track ‘Solitude. Black Sabbath with this album continues to set the world of heavy metal influencing many many bands that came after them.

Of course, it’s hard to decide which Black Sabbath is the best album as the first two are really great as well — but ultimately, it’s Black Sabbath, everything they did, especially Ozzy’s era, never disappoints in the slightest.

Keep going and listen to Master Of Reality below: