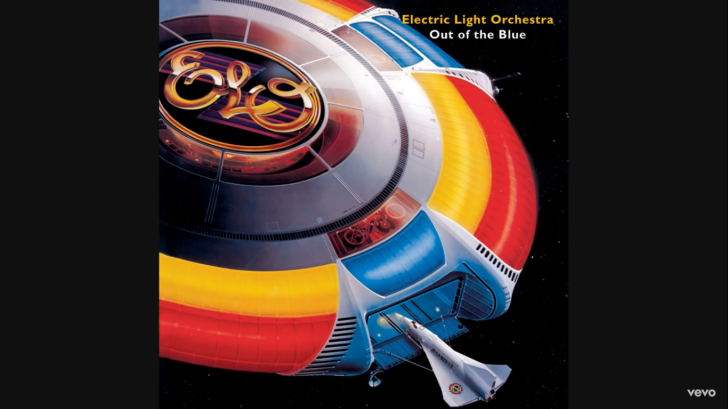 In 1977, Electric Light Orchestra or ELO released their seventh studio album Out of the Blue. A sweet overdose of authentic fantasy – a pure progressive rock. An album that would define them as one of the most loved groups on the progressive rock scene.

An interesting album by an interesting band our beloved Jeff Lynne stands out as an absolute prog-rock genius. He is a guy capable of making HITS and the palpable proof is this same album.

You see, ELO was one of the lesser-known great bands from the golden age of music and had their success with their double-album Out of the Blue. Jeff Lynne wrote all the songs in the album in three and a half weeks as a result of his creative explosiveness. Well, Jeff Lynne, of course, wrote all of the songs on nearly all of ELO’s catalogue. Out of the Blue is considered by him and by many fans as his and his band’s crowning achievements.

Out of the Blue reached platinum certification by the RIAA and won several awards which include Capital Radio’s “Album of the Year” and The Daily Mirror Rock and Pop Awards (forerunner to The Brit Awards).

Songs that you’ll definitely enjoy in this album are “Turn to Stone;” “It’s Over;” “Sweet Talkin’ Woman;” “Wild West Hero;” “Latitude 88 North,” and the epic “Concerto for a Rainy Day.” Overall, a consistently great album.