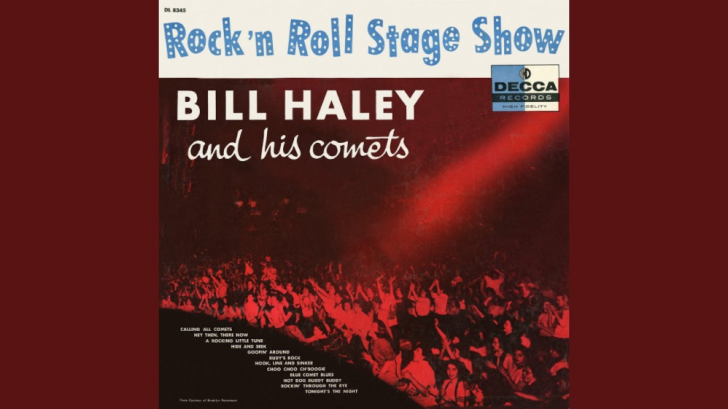 Such a good, and exciting work that it’s a huge shame it never achieved more in Bill Haley’s fame or legacy. Rock ‘N’ Roll Stage Show was the primary long-player by Bill Haley & His Comets that was conceptualized as an album, as contrary to being a compilation of single sides assembled collectively.

The 12 tracks were recorded in three sessions during the last week of March 1957 and included five instrumentals, all of them (like the entire album) originals by the band members.

Haley and the group had embraced out the association between having hits with original tunes and getting a huge check, furthermore at this degree of the game they weren’t inadequate at coming up with new material; if there’s nothing here as significant as “Shake, Rattle & Roll,” there’s also little that’s shorter than first-rate and assuredly as great as anything on the early records by, say, Chuck Berry (who had yet to issue an LP until 1957), as the groups divided and grow their way for hits like the hot “Rudy’s Rock,” an excellent exhibition for saxman Rudy Pompilli; the more relaxed, more spirited “Goofin’ Around”; the searing “Blue Comet Blues”; or the pounding “Calling All Comets.”

Overall, the album is irresistible, and there’s not enough to destroy this record, though they gave the start of a dwindle of Haley’s string.