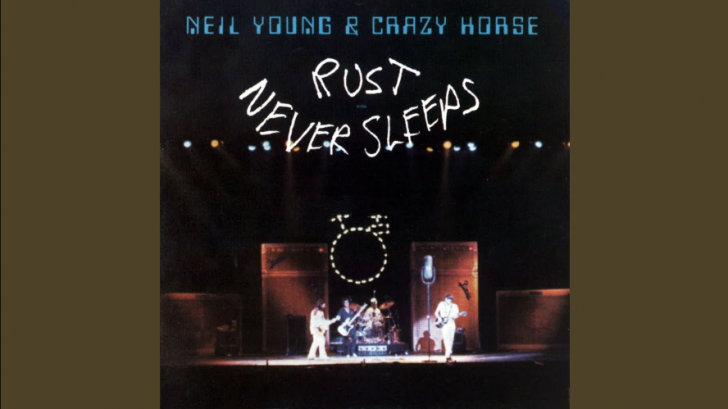 With the eagerness that only the greatest have, Neil Young, starts and distributes and closes his most glorious decade with another show of genius and therefore the best. “Rust Never Sleeps” is a stunt live with studio additions that are among the best in any artist’s history. Authenticity is measured by other things, and from that Neil has always been left over. For this reason and the result, this is a fan favorite Canadian album.

His eighth studio album combines two very different faces. The first, acoustic, prepare the ritual. The second, unleash electric fury in an incredible way. The album opens and closes with two versions of the same song which makes it round from the same concept. A label that he would repeat successively because this album became the mold that the singer-songwriter has always used when he wanted to knock out with a new masterpiece.

Half, beautiful, acoustic; half electric debauchery with things like the B-side he earned the nickname of the godfather of grunge, anticipating in those dirty and spirited riffs the philosophy of the whole herd ascribed to that genre direct and part in the studio.

You cannot choose one song or another because Neil Young shows his better side than ever that he can be raw and sensitive. In Rust Never Sleeps, Neil shows us his dark side that made us want more.

Overall, this is the most overrated album in Neil Young’s career. He continues with his childish lyrics and it must be admitted that his intuition for good melodies is still intact on the album.