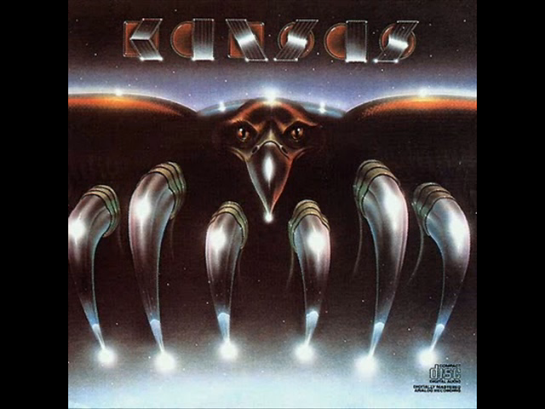 Song for America serves as an important step towards the new era for Kansas, establishing the basic mix of sounds that would carry them through the end of the ’70s. Whereas the band’s self-titled debut struggled to incorporate several ambitious prog music selections into a boogie/hard rock track listing, this record features songs of both styles without sounding incongruous. This is accomplished largely by squeaky clean production values and an increased instrumental complexity on more straightforward cuts.

The boogie-rock leanings on those tracks have been dispensed in favor of something more closely resembling late-70’s arena rock, albeit still with bouncy grooves and energetic violin parts to remind you of the band’s origin. Meanwhile, the extended selections have become even more grandiose and compositionally accomplished. In short, it’s the hard rock tracks that have become more prog-rock sounding, not the other way around. The result is easily the strongest of the band’s first three albums, earning a place alongside Leftoverture and Point of Know Return as one of the three essential Kansas recordings.

As with many longtime Kansas fans, it’s the extended prog-rock tracks that keep me coming back to the band’s early LPs. Song for America certainly delivers in that regard, featuring three of the group’s finest contributions to the symphonic prog genre. Headlining affairs is the ten-minute title track, a perfectly paced mini-suite with a killer instrumental intro and a catchy vocal melody that stands as my all-time favorite Kansas track. Interestingly, it makes you feel that it is the addition of the twangy violin solos that separate this track from the competition (as near the end of the initial instrumental buildup), and although Kansas certainly isn’t a stranger to including violin on their prog cuts we just wish they’d adopt these energetic violin jams a bit more often. Another impressive selection is “Lamplight Symphony”, which takes a bit longer to get going but still delivers over its second half.

The feelings are more mixed regarding the epic closer “Incomudro- Hymn to the Atman”. An apparent fan favorite, You’ll find that track extremely accomplished but simply can’t forgive that ridiculously extended drum solo that kills all momentum halfway through. As for the hard rock tracks, “Down the Road” and “Devil’s Game” are fine examples of the genre and keep me interested despite falling well outside of my comfort zone. That leaves “Lonely Street” as the album’s only thoroughly mediocre cut- a strangely extended and occasionally plodding bluesy rocker that has little going for it apart from a flattening guitar/bass groove. If you’re worried about that description, take solace in the fact that a seasoned prog fan such as myself still finds more than enough highs here to outweigh the occasional low. Strongly recommended to any 70’s rock fan who’s comfortable with progressive rock.