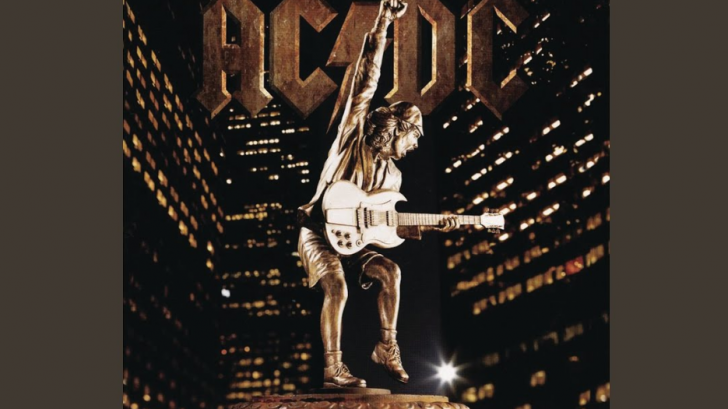 AC/DC’s best album in a looong time — and back to their bluesy roots of the 70s’ that remind you of “Powerage” but with Brian Johnson on vocals.

This surely is their attempt to return to bluesier material and turning away from the arena rock that can be heard on many Brian Johnson era albums.

“Stiff Upper Lip” is the band’s demonstration that real rock resists among all these “noises” of the current music scene when it was released. The Young brothers never miss a beat in producing good hard rock by exploiting experience and maintaining the style that distinguishes them. And it featured 4/4 drumming by Phil Rudd and six strings bass by Cliff Williams are scratchy and unmistakable.

The album contains twelve tracks — and their sequence does not bore the ear — with good production.

AC DC with this “Stiff Upper Lip” announced that the group was reconnecting with its more groovy very blues and boogie roots, and surprisingly, their brother, George Young was in charge of production, like in the good days of Bon Scott.

Admittedly, lots of fans were surprised when they’ve heard the album for the first time, and above all the sound, but has a lot in common with the blues.

Overall, the riff ideas also fit well with it — which makes most of the songs good. Undoubtedly much better than “Black Ice,” the follow-up.