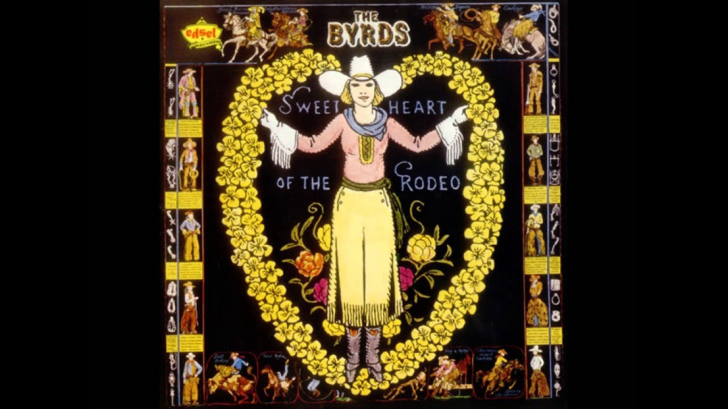 In 1968, the Byrds released their sixth studio album. With this album, the Byrds did another lineup changes, and with the arrival of Gram Parsons and Clarence White, the group said their goodbye to psychedelic music and turned to Country.

The album is filled up with covers — playing, again and again, the same type of song — and with lots of steel guitar. However, the group’s Dylan cover, “You Ain’t Going Nowhere” is a masterpiece compared to the rest, and amazing song as well is “One Hundred Years From Now” that breaks the monotony.

To be honest, this album is one of the most boring albums released during the 60s’ by an iconic band. The fact that it has almost the same score as ‘Fifth Dimension’ will continue to be a great mystery.

People may call it country rock all they want, but to me, this just sounds ‘COUNTRY’ and not even very well done. The way they praise this album is very confusing and wrong, especially considering how weak it is compared to the band’s first LPs which are all outstanding for that matter.

Overall, “Sweetheart of the Rodeo” is a Byrds album that didn’t really sound like a Byrds album. Good thing though, they were exceptional with the rare vocal harmony and the mild guitar tone. Simply this album is where the Byrds trying to find a new direction where they hand over all the creative direction to a new member, Gram Parsons.

Listen to the full album below and let us know what you think: