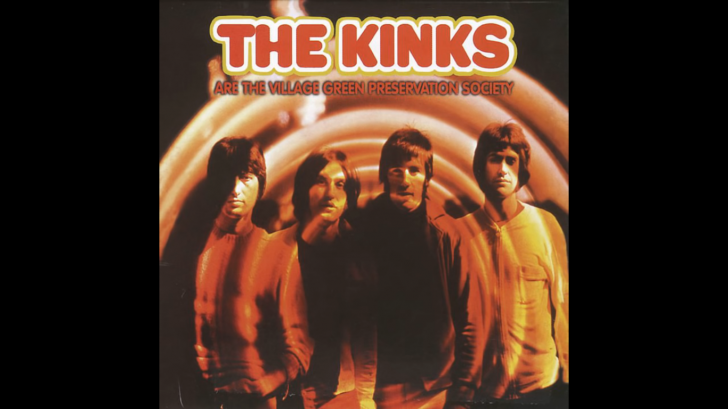 Just as The Beach Boys grew in sound as their member Brian Wilson progressed and began to become an artist on a higher plane than the rest, The Kinks surpassed their maturity as Ray Davis and his outsized talent grew from ascending way.

Always on the sidelines, as soon as he played two chords to compose a garage rock anthem (” You Really Got Me ”) as he built a rock opera a few years later. This eclecticism of hers has always been a double-edged sword that gave them as much as it took from them. Impossible to pigeonhole, with a huge, forceful and very varied discography, they gave his work an enormous wealth, but encompassing both gave them in return not enjoying fame or the importance of other contemporaries such as The Beatles.

Village Green is possibly the album that best defines them as a group, and surely their greatest work. About them and rock and pop in general. A record with a traditional background from the English countryside, that only someone with a British phlegm like Davis is able to describe so bitingly, with such bad milk and in such a successful way. Only with the lyrics of the song that opens the album has he already won the prize for sordidness, with permission from Frank Zappa through.

Without reaching the self-reference, the walruses and monkeys that hide things from John Lennon, if their lyrics usually have common places. Make everyday things more extraordinary, with characters as incredible as those that impregnate “Do You Remember Walter?” Or “Johnny Thunder”. But it is that in the musical they had also become total madness. ” Wicked Annabella ” with its sinister riff and the voice of Dave Davis whispering in your ear to end that final violence, or the sinister carousel of sounds that is “ Sitting By The Riverside ”, by far one of the most lysergic they had composed, very much in the vein of Sgt. Pepper.

Fifteen songs that go a long way, despite not being a long album, and that together form a devastating block. A start as often followed by great songs in other bands does not come to my mind like the first five tracks on this album. Maybe you can miss an absolute song to remember, just like on the aforementioned album by The Beatles, but the set prevails over the individualities (they say) and with such high quality it is not necessary either.

My demand with The Kinks is always very high, but with this masterpiece little can be reproached. A very forceful album that would put the band definitely among the greatest artists that the islands would give in their history. God save Donald Duck.