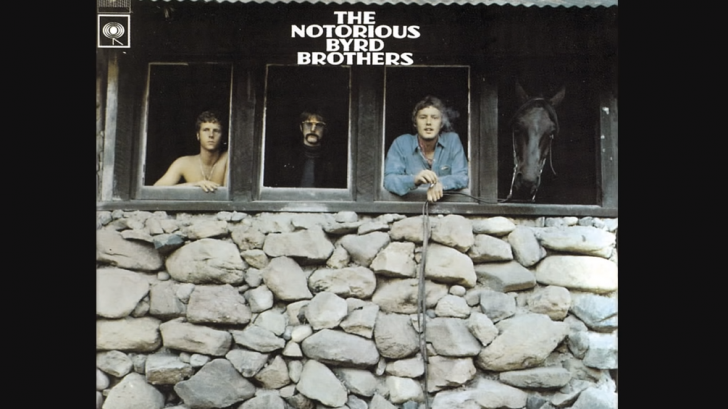 The Notorious Byrd Brothers at the height of The Byrds psychedelia. The internal crisis that the Byrds were going through and that ended with the departure of David Crosby and Michael Clarke did not affect at all an album in which McGuinn and Hillman (and partly Crosby) continue digging into psychedelia, reaching notable heights and achieving his most avant-garde and varied work, using a good amount of effects in the middle of an ornate production by Gary Usher.

The classic melodies are still intact in “Goin ‘Back” and country influences are felt in “Old John Robertson”, the least interesting here, but in others like “Change is Now” and “Wasn’t Bort To Follow” the phasing and the strange guitars subtract any possibility of sounding traditional.

“Natural Harmony” and “Tribal Gathering” are the best evidence that psychedelia is the axis that moves the album and as usual in the first albums of the group “Space Odyssey” closes things in a different tone, with saturated guitars and voices that generate a cryptic atmosphere, a disturbing ending that marks the end of the group’s golden years.

Guitar works are impeccable and wonderfully recorded. The group was so inventive that you won’t expect from a 1968 album. If you’re having a hard time what Byrds album you should buy, then this is the one for you.

Overall, the album is great despite being short though it works to its advantage. If you’re in for a real psychedelic sound this is a must-listen album and had outstanding tracks. Listen to the full album below: