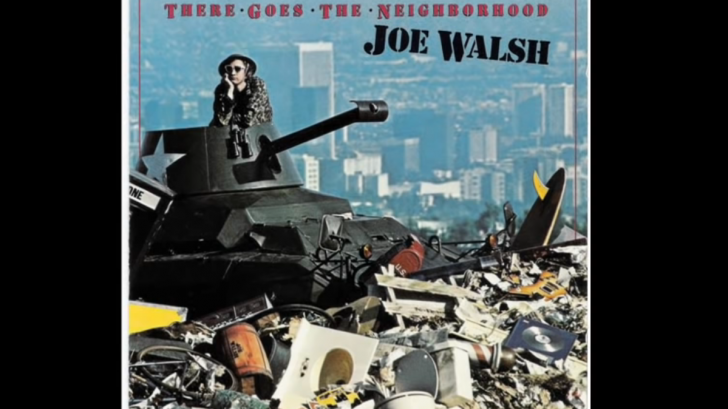 There Goes The Neighbourhood Joe’s 5th album is a great album title and an excellent album cover. It’s not exactly what you’d expect because “Down on the Farm” is the only standard of Joe.

Of all of Joe’s studio albums, this is one of the most listened albums. And it’s most popular track is “A Life of Illusion”, dates back to 1973. “A Life of Illusion” remained uncompleted until Walsh revisited the song, adding overdubs and some mixes in the late 80s’.

There Goes The Neighborhood is arguably one of his best solo albums during his career, no other reason than because of the song Rivers Of The Hidden Funk which is a more astonishing song than Hotel California, but underrated. It also features an amazing Guitar duet between Joe and the criminally underrated Don Felder.

Overall, There Goes The Neighbourhood, got more better-written material, than his last album, also the solid performance with its classic tracks. The tempo is really great and enjoyable to listen to.