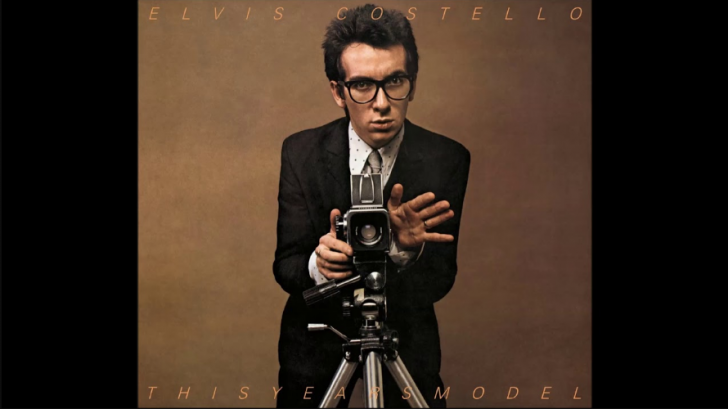 Voted the best album of the year by the most prestigious publications upon its release in March 1978. This album impresses even the most experienced listener. And it does not do it for being oddball or as experimental music. It’s just pop but treated with unprecedented respect. In his second attempt, with the difficult mission of matching at least his prodigious debut, Costello concentrates his powers on a stellar work thanks to his superlative talent and the collaboration for the first time of an accompanying band called to be legendary. The Attractions leave their mark on the London artist’s masterpiece and become essential to understand the glory of its sound.

The reasons for rejoicing accumulate to the beast. For starters, this nerdy-looking guy knocks down the stupid wall with graffiti that says pop doesn’t need depth. And it does so with clever and very fine writing and intricate and simple music at the same time. Intricate to touch, easy to digest. Tremendous compositions performed by an incredible band. Not only does the bass get into your inner ear and shred it, but the drums are a real steamroller and keyboard fire bursts of incendiary beauty. Of course, Costello is also immense in the staging of already immense songs in itself.

Urban rock, with pop melodies and instrumental structures that incorporate, in addition to the usual guitars, basses, and drums, the keyboards, not in a “Moog” or “mellotron” style, but as instruments that frame an immediate, fast, and instantaneous sound, because such are the stories and texts that groups and soloists try to convey to the audience.

The second album released in 1978 for Elvis Costello, now accompanied by his group The Attractions, This Year’s Model presents everything from the album “Best of”. 13 tracks, 13 catchy tracks with no real low time with a humming bass full of grooves in a style sometimes reminiscent of more varied Television (The Beat, Living In Paradise). On “This Year’s Model,” everyone is at a loss! Whether Steve Nieve and his prominent keyboards but never out of place, the solid rhythm section composed of the two unrelated Thomases, Bruce on the imposing bass and Pete behind his drums or Costello himself on guitar as well as singing and signing all of the songs.

Overall, “This Year’s Model” is considered one of the best rock albums of all time and the culmination of Elvis Costello’s impressive discography. And in the second case, it seems difficult to disagree on this …

Keep going and listen to the album below: