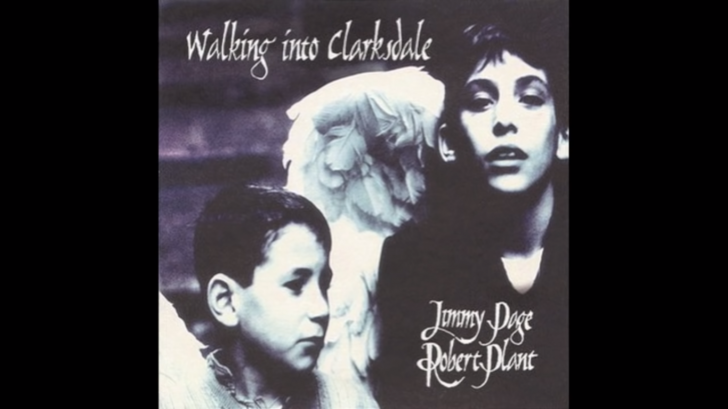 In 1994, Robert Plant and Jimmy Pae reunited to do a live album the MTV series “UnLedded” – but instead of playing Led Zeppelin’s classics – they wrote 3 new materials just for the MTV series.

The two loved what they did for the show, and led them to do a tour and after, decided to make a studio album with new material. “Walking Into Clarksdale” came in the last Page-Plant collaborations, and would be the last studio album Jimmy recorded to date.

Many fans expected the album to of great quality due to the fact that the two came from one of the biggest and greatest bands of all-time, Led Zeppelin. Little did they know that what they did in the Led Zeppelin was a little hard to achieve. “Walking Into Clarksdale” has some really good tracks, but it didn’t stand out the same level from their previous records in Led Zeppelin.

Still, the album did have amazing tracks such as “Please Read the Letter” and it reminds you of “Led Zeppelin III.” They also have a heavy song, with good riffs from Page, Burning Up.” One energetic song is “Shinning in the Light” similar to the title track “Walking Into Clarksdale” with both having great atmospheric well-written riffs. “Most High” is a song that has the same caliber of “Kashmir,” giving you the Mideastern feel.

All in all, if only people have moved on from Led Zeppelin at the time, they would have appreciated this collaboration album and if-so the band didn’t break up, this would have been the same output, anyway.