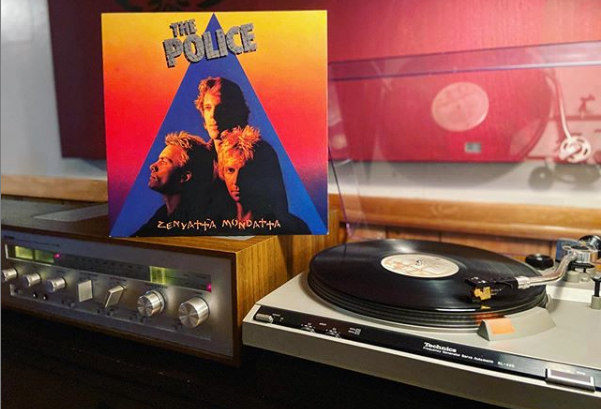 The early Police albums captivate with a weird, own, dry mixture of a wave, pop, rock, and reggae; Here the reggae has now been replaced by (wave-typical) radio or ska and the production has been considerably drilled out and pretzeled, including the use of ice cream. That’s not a bad thing, but the soul of the band falls a bit behind here. Despite occasional artsy trips (“Behind My Camel”, like some other pieces, could be smooth from the Simple Minds), everything sounds a bit shallower, smoother and more silly, more like a standard pop-oriented wave album of its time, and that you really can’t say of the previous albums.

It seems that the group has put a little less reggae in their wine and a little more adult pop, proofs are just passable singles “Don’t Stand So Close to Me” and “De Do Do Do, De Da Da Da “. There are also two instrumental tracks “Behind My Camel” and “The Other Way of Stopping”, testimonies of a group that no longer knows where to go. Other than that, the album still offers nice songs like “Driven to Tears” or “Canary in a Coalmine” which is one of my favorites of the group.

Overall, the Police third album is not much of a hit anymore. However, it is a very nice and cheerful song. Immediately afterward we have a bit heavy instrumental – and we can call these as outstanding songs.

Keep going and listen to the full album below: