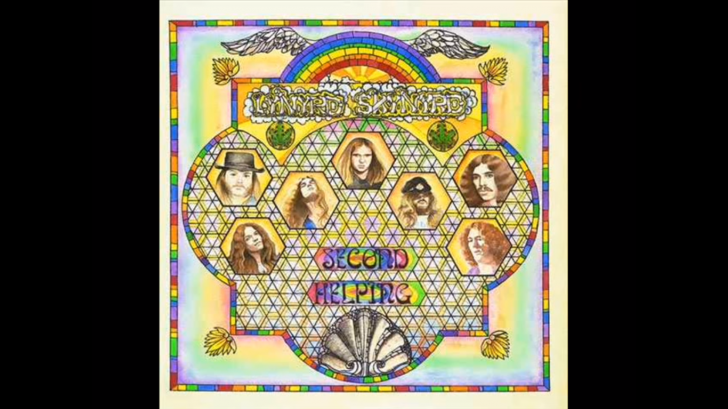 After releasing their classic 1973 debut album, Lynyrd Skynyrd came back with an equally amazing second release, Second Helping. In the album, the group continued to impress everyone with their emerging genre of Southern Rock.

Similar to their first album – Second Helping was produced by Al Kooper. The band recorded the album with the same basic formula but leaning towards their roots music and by this, they’ve influenced tons of young bands who came after them.

In this album, the band added more members to their lineup and grew their numbers into seven when original bassist Leon Wilkeson returned to the lineup while Ed King as the bassist moved to become the third guitarist.

The album features their opening track, the iconic “Sweet Home Alabama,” a sweet and simple song that would last for eternity. While “I Need You” seems to be the second part of the Tuesday’s Gone” and “Simple Man” tracks from the 1973 debut album. The track “Don’t Ask Me No Questions” provides a crisp blended guitar riff that makes it a more direct rock track.

Second Helping was released on April 15, 1974, and reached #12 on the Billboard album charts then a few months later after its release, it was certified Gold — to reaching Platinum status.

The album would turn out to be Lynyrd Skynyrd’s cornerstone in achieving their massive commercial success and would become their most important album as making these the band’s original lineup existence for few more years.

Listen to the album below: