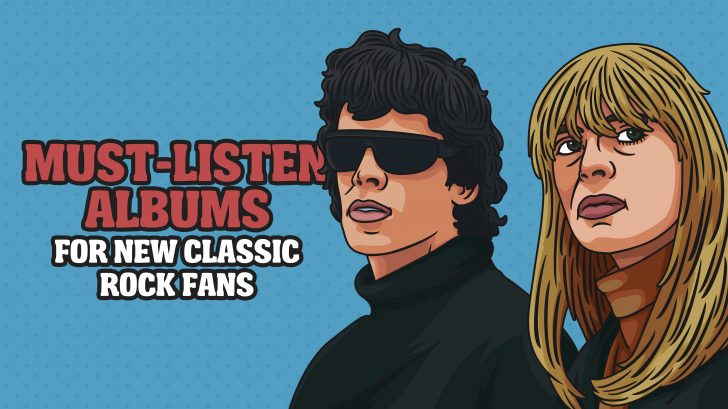 We’re going to limit this for at least ten albums because only these 5 songs represent some aspect of Classic Rock history and it will definitely give a feel for the new classic rock fans.

You must have a Beatles album on the list and if you’re going to choose one, then why not Revolver, an album that has been their best.

The Band – The Band (the Brown album):

The Band was most definitely important in the history of rock music — and was considered s artistically important as the Beatles or the Rolling Stones.

The Jefferson Airplane – After Bathing at Baxter’s:

Looking for a little psychedelic? Then this album encapsulates the period. A true representation of the San Francisco sound.

A simply wicked album that outlines the future of the greatest axe-slinger of all time.

The Velvet Underground and Nico:

This album is everywhere, and it has to be, of course. The album is the single most influential record in rock history. That’s the album where most bands got their whole sound