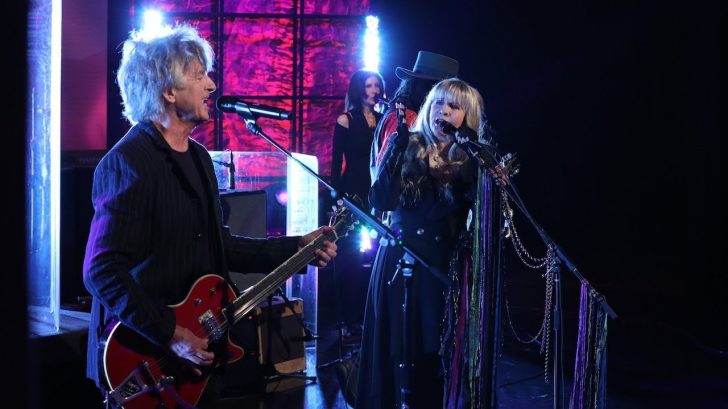 Music, in particular, is full of stories of colossal disagreements and happy armistices for creative, personal, economic reasons … For whatever reasons the bands break up. And for those same reasons, many end up starring in triumphant resurrections. Well, here is a fortnight of groups that could help the collective happiness of the human species if they didn’t make these albums.

The Beatles – Let It Be

Created in the midst of chaos, on the verge that one of the best-known groups of all time ended its successful and prolific career, it constitutes a true and sonorous testimony of its time that this year celebrates five decades. Although its members decided to separate half a century ago, the Beatles are a cultural product of the twentieth century with no signs of reaching any expiration date. Over five decades, the genius of the quartet of John Lennon, Paul McCartney, George Harrison, and Ringo Starr has gathered generations of fans across the globe. The Beatles are still daily news.

When the recording of Rumours, Fleetwood Mac’s masterpiece, began in February 1976, the members of the band were going through difficult emotional moments. John and Christine McVie were breaking up. Lindsey Buckingham (guitarist and singer) and Stevie Nicks (singer), also a couple, couldn’t stand each other. To make matters worse, drummer Mick Fleetwood – whom everyone else respected as a leader – had just discovered that his wife, Jenny (sister of Patty Boyd, wife of George Harrison and later Eric Clapton), was cheating on him with a good friend. Add liters of alcohol and an open bar of cocaine to the equation. Outcome? One of the best rock records of all time.

The irregular farewell. Knowing that the new way of sharing the artistic helm would crack the band’s sound, John Fogerty helped steer the group off the cliff. He wanted to show that the Creedence’s only valid brain was him. In 1976, a reviewer for Rolling Stone magazine said of this record that “in the future, Mardi Gras could end up being known as Fogerty’s Revenge.” And indeed, it is. In that same magazine, Fogerty said that he did not count Mardi Gras as a true Creedence Clearwater Revival record, but as the product of the baseless claims of his peers.

Sometimes breakups are the best source of inspiration. Even if they are pain and disappointment, tensions and feelings on the surface sharpen creativity and build huge songs and albums. The same happened with Simon & Garfunkel, who 50 years ago sealed their separation with their most successful and perfect work, the album Bridge Over Troubled Water. Paul Simon and Art Garfunkel were friends since childhood. They lived in the same neighborhood, attended the same schools, and by the age of 15 they had already recorded their first song, “Hey Schoolgirl.” Their main influence was The Everly Brothers, a duo in the midst of the rock ‘n’ roll fever knowing how to take their blues roots and combine them with folk and country. These almost brothers were fundamental to The Beatles, and The Beach Boys.

On November 30, 1979, the British band Pink Floyd presented The Wall. It was the eleventh studio album of the group, considered a reference in progressive rock. The Wall with recordings not without tension, discussions, and controversy. After the recording of The Wall, Wright was “expelled”, following a serious dispute with Waters. The thing did not stop there: in 1985, Waters announced the dissolution of the group, to which Gilmour and Mason opposed; Waters then filed a lawsuit in court, demanding part of the proceeds and also making off-color accusations; after a ruling in favor of Gilmour and Mason and an agreement in principle, Wright returned to the group.