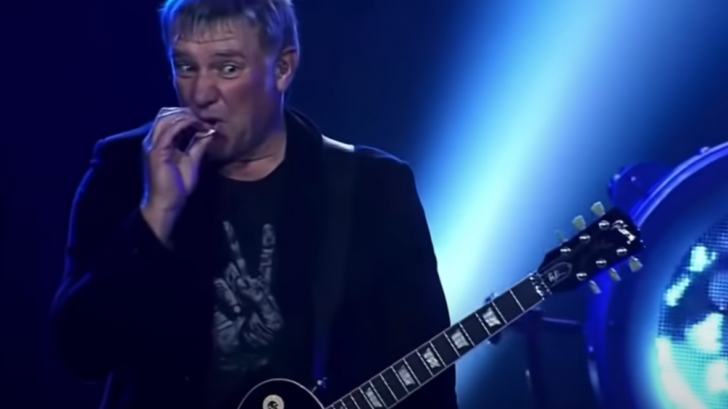 Alex Lifeson remembered the only occasion he managed to play a Rush rehearsal while high.

While prepping to perform a live show set with Geddy Lee and Neil Peart, the guitarist smoked marijuana. He confessed in the latest episode of House of Strombo that the event was enough to make him never do it again.

“It was hard to play,” Lifeson said of Rush’s music. “We were very disciplined when it came to shows — not even a beer during the drum solo. … I smoked a joint before a rehearsal once, and we jammed for about 20 minutes, like psychedelic surf music. And it was so great. I was having such a great time, and then it was like, ‘Okay, let’s do the show now.’ We start playing, and it was like… everything sounded crazy, and my hands wouldn’t speak to my brain. Ged kept looking over at me like, ‘What the hell’s going on with you there?’

“We were making mistake after mistake,” Lifeson continued. “I couldn’t wait for it to be over. But I learned a very important lesson: Don’t smoke a joint before a gig.”

Rush, according to Lee, had instances where they overdosed on drugs after gigs, particularly whilst they were “running on fumes” due to their tight schedules. “We had our moments where we were doing too many gigs in a row, and the drugs were coming at us fast and furious, but somehow or another we kept our shit together through it all,” he said. “In the end we valued our work. We valued the quality of our gigs. So we never let it interfere.”

Lee answered with a giggle when told that Kiss star Gene Simmons once visited Rush’s hotel room and was perplexed to see the trio calmly reading. “Yeah, but we were really high.”