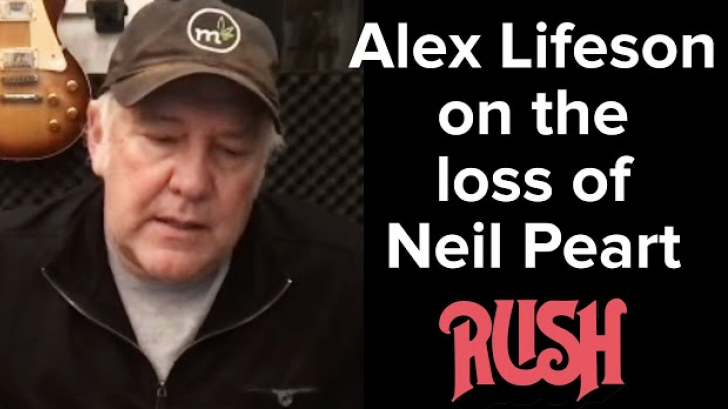 The death of Neil Peart, drummer of Rush, was a hard blow for his two companions. Before the death of the Canadian artist, the future of Rush was full of uncertainty, and today his return is hardly expected. In a recent interview, guitarist Alex Lifeson talks about his most personal feelings.

Alex Lifeson is still struggling to get back into music, he said that not only does he barely pick up his guitar, but there is currently little “motivation” to make music in general.

After all the unfortunate events, Alex Lifeson has confirmed that he wants to return to the studio with Geddy Lee to release more Rush music. This was stated by the guitarist in a recent interview with the Make Weird Music website, also revealing that he already has a lot of written material.

After Rush officially stopped touring in 2015, and they announced that they won’t be working on any more studio albums, we thought we wouldn’t have any more music from the Canadian trio. And after the death of drummer Neil Peart in 2020, the situation seemed more difficult. However, there is now some hope, as Alex Lifeson said that he and Geddy Lee could make music together again.

In the excerpt of his January interview, the guitarist explained that after finishing their 2015 tour, he started composing by himself while Geddy was writing his book, and both of them have discussed working together again.

The musician also spoke about how Neil Peart’s death impacted all aspects of his life and how he has overcome it after a difficult year of mourning.