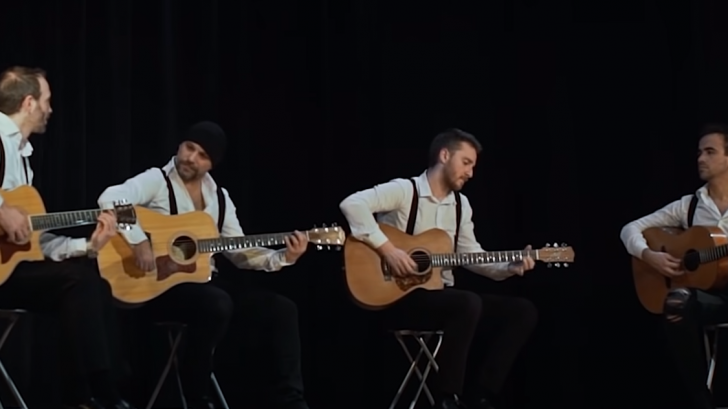 Matteo Brenci, Emanuele Grafitti, Enrico Maria Milanesi, and Andrea Vittori make up the band 40 Fingers. These four guitarists use a wide range of original songs and covers in their quest to discover new sonic universes. A hypnotic experience is produced by their reimagining of contemporary classics, which is equally at home in jazz and Latin American music styles. Each composition, whether by Astor Piazzolla, the Beatles, the Eagles, Toto, Dire Straits, or Eric Clapton, brilliantly captures their individual character.

These four guitarists have a broad selection of original songs and covers that they perform using the fingerstyle guitar method and that are masterfully structured for four guitars. They are on a journey to discover new sonic universes. They create a captivating experience that transports the listeners from famous film soundtracks to jazz, from Astor Piazzolla to the Beatles, from Eagles to Toto, from Dire Straits to Eric Clapton, all flawlessly fused with their distinctive style and their original work and compositions. Their artistic treat is centered on the redefinition of a variety of contemporary music masterpieces and is equally at home in the fashions of jazz and of Latin American music.