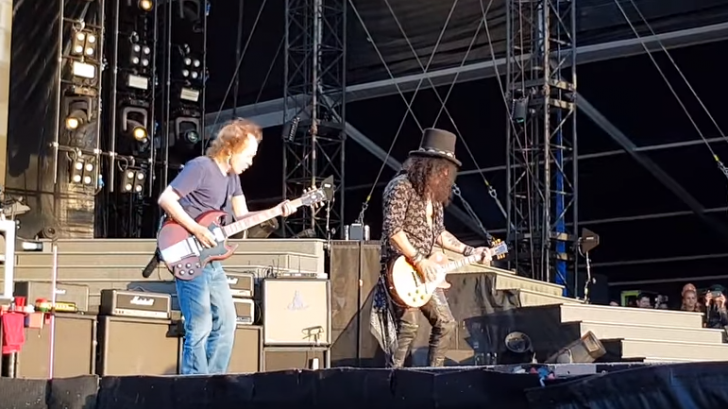 This Is How You Rock

If someone told us a decade before that one day, Axl Rose will fill in for Brian Johnson in AC/DC and Angus Young will jam with Guns ‘n Roses to some of their classics, we probably would have laughed out loud because the idea alone is insane. But hey, we’re currently living in this day and age where deliveries are done by drones and electric cars are becoming increasingly popular – so yeah, anything is possible.

During a GnR show in Nijmegen, Netherlands last June 2017, they brought out a special guest – Angus Young who played AC/DC hits with the band like “Whole Lotta Rosie” and “Riff Raff.” This isn’t the first time Young joined the group – he also performed with them in Germany and Australia for their “Not In This Lifetime” Tour.

It’s also interesting to see that Young didn’t wear his trademark schoolboy uniform. Instead, he rocked the stage wearing a simple tshirt and denim pants. Still, he looks as cool and badass as ever.