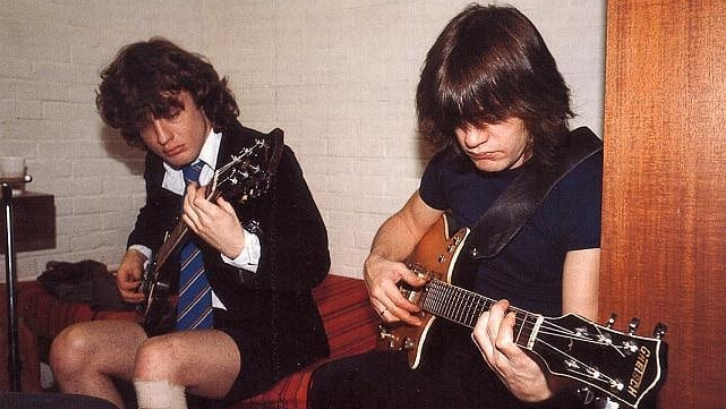 In a new interview, AC / DC guitarist and frontman Angus Young have spoken about dementia suffered by his brother, Malcolm Young.

This disease would end his life at 64 in 2017, although his previous work would allow him to be, as a composer, in the credits of all the songs on the band’s new album, ‘Power Up’.

“I think the hardest part was not so much in parting, because that was a kind of end, you know – the relief,” Angus explained 60 Minutes Australia. “The decline, that’s the hard part, because you knew him, and then to see that was gone.”

After heavily breathing, he proceeded: “Even to the end … if I was there, from here to here he had a big smile. And I think that was probably … for me, that always gave me a kind of joy, even though he was in that state. That was always the joy of it.”

Young continued that his brother “always got a great kick if I played him guitar. He would try to tap his foot. But he always knew I was there. … I was with him toward the end.” He remarked it was “important” to pay that experience with Malcolm.

Brian Johnson who was taking another interview from a separate studio was asked about having lost a colleague in Malcolm, Johnson responded: “Very emotional when he went. It’s all too soon, isn’t it? Too quick and too soon.”

Malcolm’s funeral was massive, with hundreds of people coming to say goodbye to him in Sydney, Australia. All the current members of AC/DC came to say their last goodbye and it was during this moment that, almost as a tribute, they decided to get together again to record a new album.