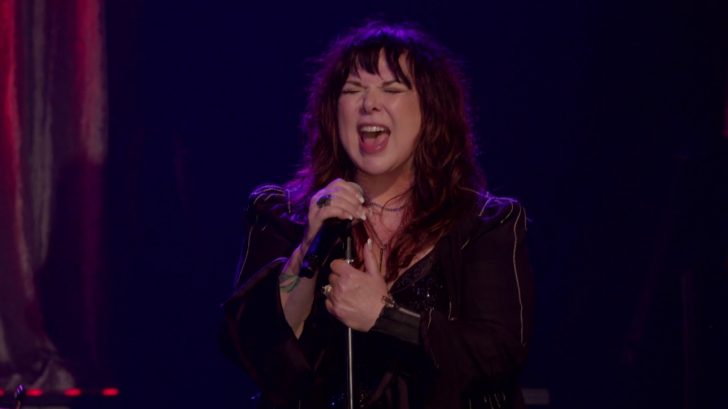 Together with her sister Nancy, Ann Wilson achieved recognition as the lead vocalist of the rock group Heart. Nancy claims that the two were raised in a musical home where their parents played “everything from classical music to Ray Charles, Judy Garland, Peggy Lee, bossa nova, and early experimental electronic music.”

Heart, who was influenced by heavy metal, hard rock, and folk, became well-known in the 1970s when their debut album Dreamboat Annie produced the classic rock songs “Magic Man” and “Crazy on You.” Over the past few decades, the Wilson sisters have continued to travel and create songs despite being the only constant members of the group since the 1970s. Their most recent album, Beautiful Broken, was released in 2016.

Wilson revealed the records that will always be a part of her collection and serve as sources of inspiration for both her music and her life during a 2021 interview with Spin. She started out by choosing David Bowie’s tragically beautiful last album, Blackstar, which she referred to as “brave and poetic.”

“All through his career, Bowie took on various status quos, including the rules of fashion, middle-of-the-road musical styles and gender fluidity. I feel on Blackstar he challenges the most immutable law of all: mortality.”

Another choice is Joni Mitchell, who has been a fan for her whole life. Wilson talked about Hejira, the 1976 album by the folk legend:

“This album does not age. Rather, it unfolds with time… I love this album like I love a lifelong friend. On Hejira, Joni is a grown woman, a free agent, travelling solo. The songs are full of the rich imagery of the things and people she encounters and interlaced with her poetic, unforgiving introspections.”

“Such a welcome relief from female singer/songwriters as Kardashian/warrior/ Barbies who just want to show you how hyper-sexual and badass they are. Watch out…Lucinda actually IS a badass.”

Chris Whitley’s Perfect Day is another record from the early 2000s that Wilson enjoys. She said, “I love this album because it’s so intimate.

“Chris’s tangled, smoky vulnerability is wide open here, and there is no effort made to pretty things up with production. Rather, there is nearly no production at all save for a kind of 4am, relaxed and buzzed atmosphere. This is a covers album that I believe really takes the versions somewhere wonderful.”

Wilson’s last choice was The Who’s 1973 rock opera Quadrophenia, which she found via going back in time.

“I feel it’s The Who with all cylinders firing,” she noted. “Don’t hate me for not thinking Tommy was the one. I just feel Quadrophenia has more depth; more beauty…it has it all. This music and story of alienation feels to me like Pete Townshend and the lads could really relate close up, and so can I.”