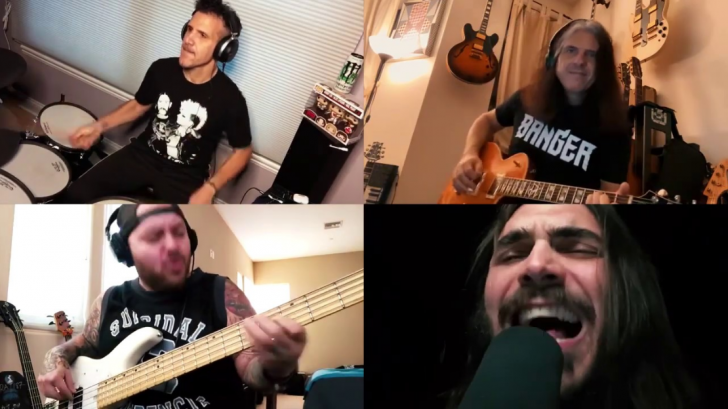 Alex Skolnick guitarist for Testament and Roberto “Ra” Diaz bassist for Suicidal Tendencies joined Benante for the quarantine jam sessions. Recently, the three also covered Rush’s classic hits such as 1981’s “YYZ” and 1978’s “La Villa Strangiato” before they were joined by Brandon Yeagley vocalist for Crobot to sing the 1980’s “Freewill,” and the latest, “Red Barchetta.”

“Once again, we’ve been completely knocked out by the responses to our video tribute to the one & only Rush. Thank you,” shares Benante. “This time, we’ve decided to follow up our most recent track (and our first vocal song, ‘Freewill’) with another one of our favorites, Red Barchetta.”

“Sadly, our completion of this video coincides with breaking news of the loss of one of rock’n’roll’s greatest pioneers, Little Richard. On the one hand, it’s difficult to find a more sonically different pair of acts than Rush and Little Richard; on the other, it’s safe to say (and we’re sure the boys from Toronto would agree) that Little Richard blazed a trail for all of us with a force that perfectly fits the subject of ‘Red Barchetta’ – a highpowered sports car from the same time period in which Little Richard was first emerging as an artist. This song is dedicated to him and we hope it brightens up your day.”

Neil Peart passed away on January 7, he was 67 after, battling an aggressive type of brain cancer.