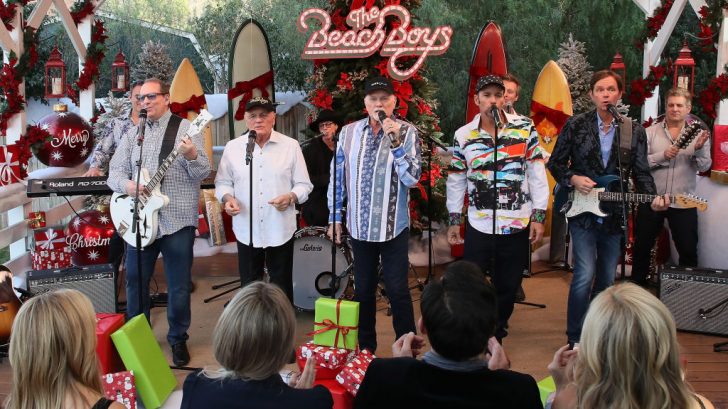 “Johnny B. Goode” by Chuck Berry “Goode” is regarded among the most influential classic rock tunes. Mike Love stated that the song influenced one of The Beach Boys’ tunes. Furthermore, Love explained why he chose the Beach Boys tune to be something about a teenage girl.

As The Beatles dominated the United States, The Beach Boys released a new single.

Love revealed the inspiration for one of his band’s songs in his 2016 book Good Vibrations: My Life as a Beach Boy. “On Feb. 3, 1964, even as The Beatles were sweeping America, we released a new single, conceived in a rather spontaneous fashion,” Love wrote. “The previous September, Brian and I were in a taxi in Salt Lake City, Utah, heading from a Holiday Inn to the airport.”

Love wanted to write a song about teenage years. “I told Brian that I thought we should write a song about that teenage experience of getting your driver’s license, borrowing your parents’ car, and then driving to see and be seen,” he wrote. “Fun, Fun, Fun” was the song in question.

Love believed the composition should be about a teenage girl.“But instead of a teenage boy doing it, I had this image of a great-looking girl in a hot car, and she tells her father one thing to borrow the car but then does something else,” he wrote. “We unspooled the idea further.”

Love chose to be motivated by Berry. “We thought it should be up-tempo, with a Chuck Berry opening guitar riff (like that in ‘Johnny B. Goode’), and because we were in Southern California, the girl should not be taking her ‘father’s car’ but her ‘daddy’s car,’” he said.