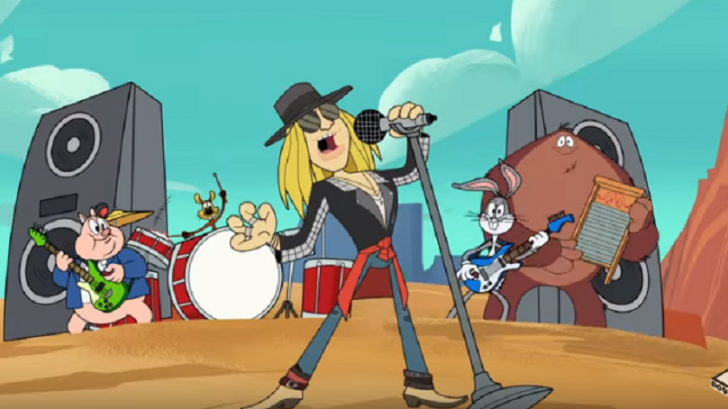 No One Expected This

If you think there’s absolutely no way Axl Rose can manage to surprise anyone anymore, you are unfortunately wrong. After shocking the world by temporarily fronting another legendary rock band, he’s back as the vocalist of another group. He’s been sorta busy lately because he’s debuting a new song while simultaneously saving the earth from total destruction.

Sounds like too much? Maybe. But let’s face it, Axl Rose hasn’t hit the recording studio to record new material in years. That’s something we’ve been looking forward to ever since we found out Guns ‘N Roses were back together.

So… who is he collaborating with now? You’ll never guess it. *drum roll please*

It’s the Looney Tunes! Yes, you read it right. He teamed up with Bugs Bunny and the rest of the gang for his first new song in a decade, the last one was in 2008 for the GnR album “Chinese Democracy.”

This track is called “Rock The Rock” and will be featured for The New Looney Tunes cartoon series which will air later this year on the Boomerang channel. Aside from the video they released which shows the animated version of the GnR frontman, Axl Rose will also star in one of the episodes.

“Coming soon in 2019! The gang teams up to stop an asteroid from destroying the Earth. Featuring a new song from Axl Rose of Guns N’ Roses, his first in over 10 years!” – Boomerang Official

Whatever fans expected from Axl Rose, this is definitely not it. But, we’re not complaining. Besides, not only do we hear a new single from him but this way, kids will also be introduced to rock ‘n roll. And at a time when trashy music is dominating the airwaves and MTV, it’s important to remind them that there are still rockstars with genuine and raw talent out there.

Check out the video and let us know what you think.