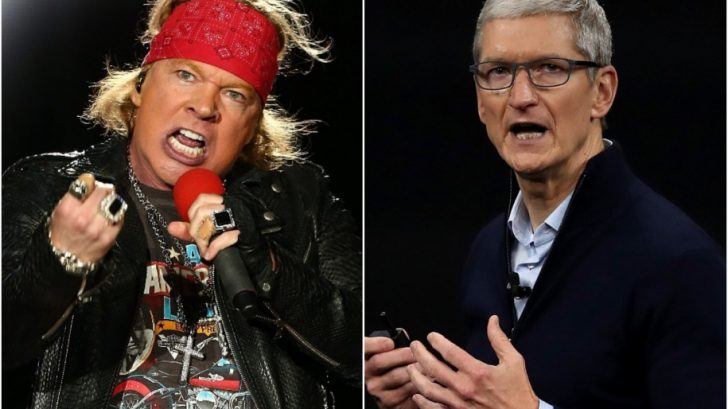 We have all witnessed every criticism that Axl Rose has to offer to every big personality either politicians or against social topics. Guns N’ Roses frontman is now taking his shot with his latest tweet against Apple CEO Tim Cook.

In his latest tweet, Rose called the Apple’s CEO “the Donal Trump of the music industry.” Though there aren’t any further explanation regarding his tweet, but given Rose’s recent attacks against Trump the post could be without a doubt viewed as a potshot.

Tim Cook is the Donald Trump of the music industry.

After the death of Steve Jobs on October 5, 2011, Cook took over as the company’s CEO after previously working as the chief operating officer of Apple Inc.

While Trump has been the favorite of Rose’s criticism, from his appointment of Jeff Sessions for the attorney general position to his recent jab about Ivanka Trump, Melania Trump, and ICE director Thomas Homan, the recent tweet can be considered as something as nothing new.

The next thing could probably happen that we don’t want to see or hear is Axl Rose would consider entering politics. We hope that day would never come.