It’s been almost four decades since Guns N’ Roses Axl Rose hit the spotlight fronting the band and became one of the most controversial rock celebrities in history. Below you will see photos of him looking back on his career nearly every year beginning with 1984 up to date.

This wasn’t an easy task to do. There are some years that can’t be found — counting to seven missing and these are from his so-called “wilderness years,” including the one when he was working with Chinese Democracy until 2008 and was active in social media in 2015.

He returned a year later, bringing back original Guns N’ Roses members Slash and Duff McKagan for a reunion tour called Not in This Lifetime that lasted for three years from April 2016 until December 2018. Axl also found himself fronting AC/DC as a temporary replacement for Brian Johnson when he was forced to step down due to his hearing medical issues.

Look at the photos below: 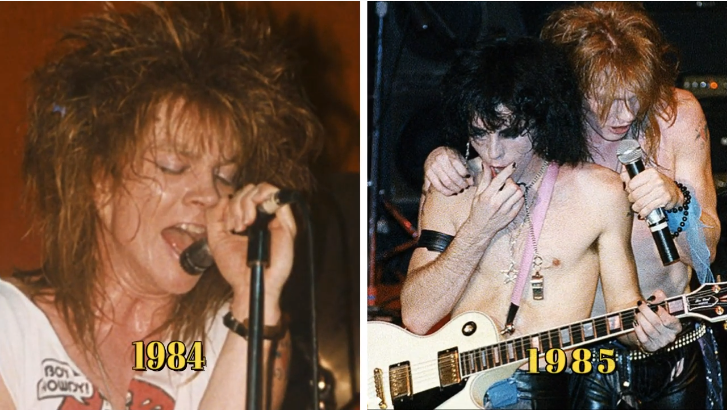 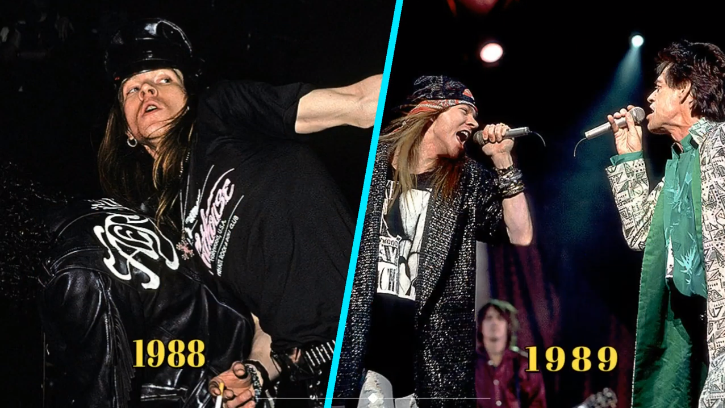 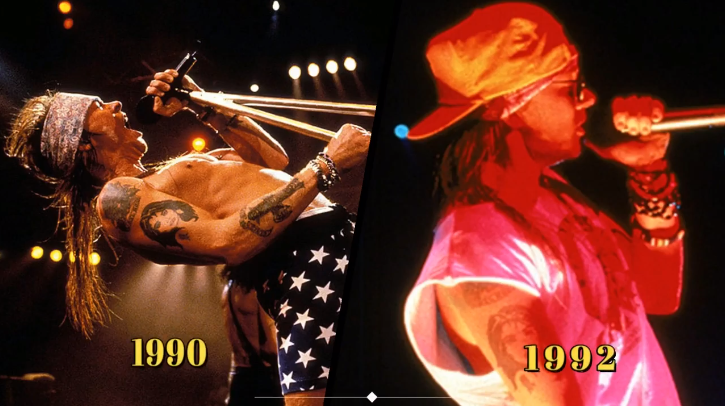 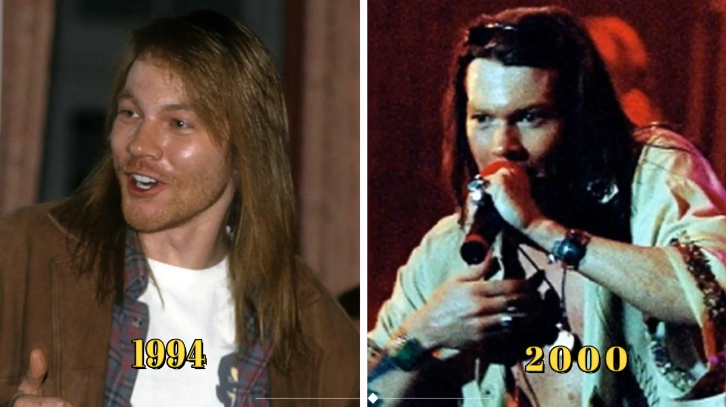 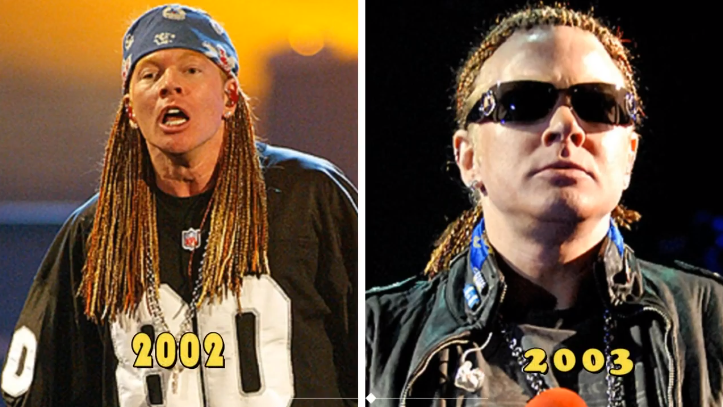 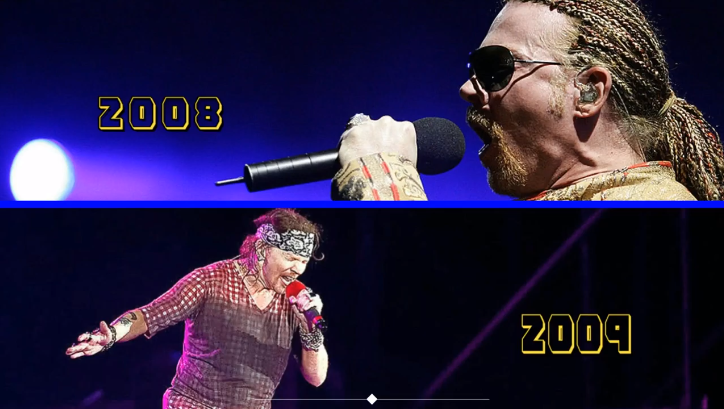 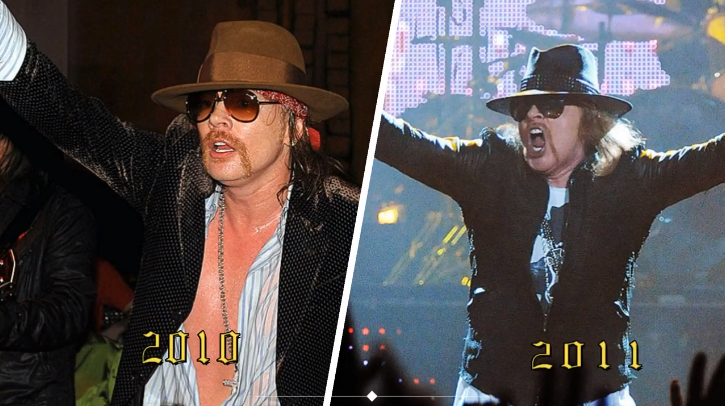 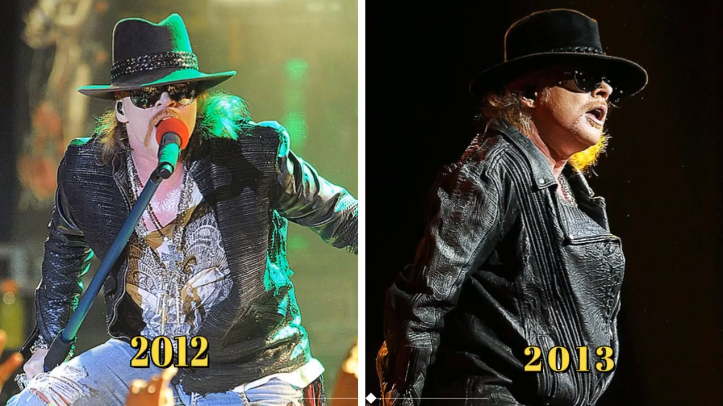 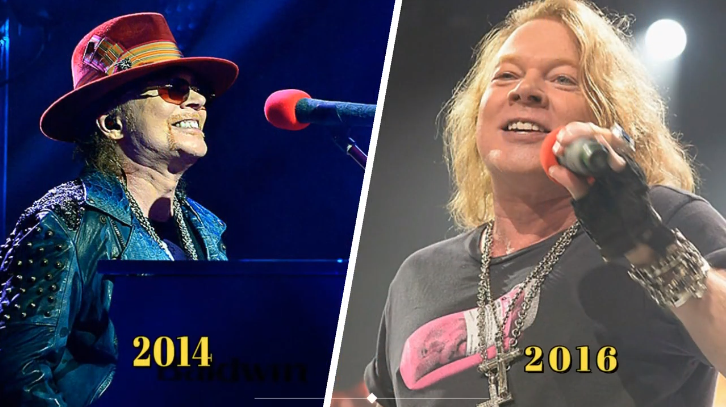 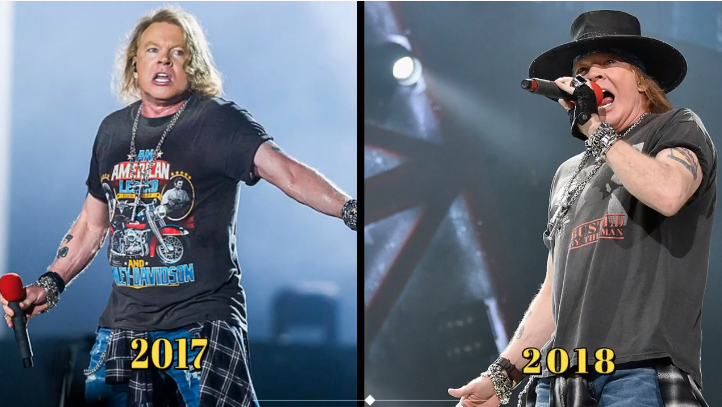