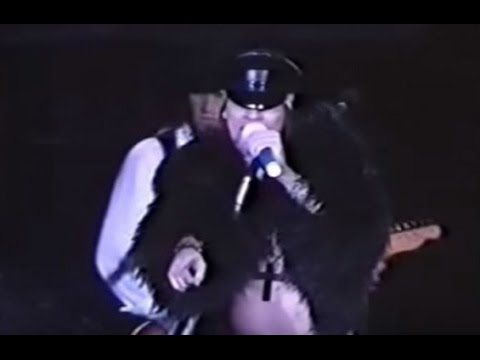 Axl Rose is not a wilting flower. The leader of Guns ‘N’ Roses is as spiky as cacti and as peaceful as a daycare during Kool-Aid hour. As a consequence, his reputation as a lout is as strong, if not stronger, than his musical legacy.

Even by hair-rock norms, the bandana-wearing frontman’s highwire rock ‘n’ roll mindset may occasionally get him in hot water. Aside from making bad remarks like “When the going gets tough, the tough get an Uzi,” he has also been into several violent skirmishes.

He is believed to have pushed fashion icon Tommy Hilfiger, challenged Kurt Cobain to a brawl at the MTV Video Music Awards, and even got into a fight with the late, famous David Bowie. In the footage below, he appears to have started assaulting a supporter as well. In short, Rose is a villain worthy of his terrible reputation.

Rose appears to have dulled from his frenzied affrontery in the past few years, as she stated: “I could beat my mic stand into the stage, but I was still in pain. Maybe fans liked it, but sometimes people forget you’re a person and they’re more into the entertainment value. It’s taken a long time to turn that around and give a strong show without it being a kamikaze show.”

This demonstrates Rose’s dual personality. The melodrama of his obscurantism arose from a scenario in which supporters anticipated some punk howling. It keeps getting in the way of honesty at times and was vexing at others, but would Guns ‘N’ Roses be Guns ‘N’ Roses without it? One admirer might argue that this could have been done without.

Rose was enraged by the primal tatty tone of Slash’s trademark guitar sound during their popular tune ‘Rocket Queen’ off their 1987 debut studio album Appetite for Destruction and found fault with an audience member with a camera. Taking breaks from his doggrel’s screams, he simply proclaims: “Take that! Take that! ”

The mayhem begins when he finally cries, “I’ll take it, God damn it,” like a cat who despises having its photograph shot rushing for a mice with a little Kodak. It astonished the St. Louis audience, and after Rose threw a swift hook, he ended what has become famous as the Riverport Riot by smacking: “Well, thanks to the lame-ass security, I’m going home.”

Fans were not thrilled, and many accompanied the hapless photographer in expressing their displeasure. Finally, many allegedly attacked the platform and destroyed numerous tools that Rose said were worth a fortune. It’s unclear how much of this is a myth, but the video footage clearly reveals that things weren’t going well.