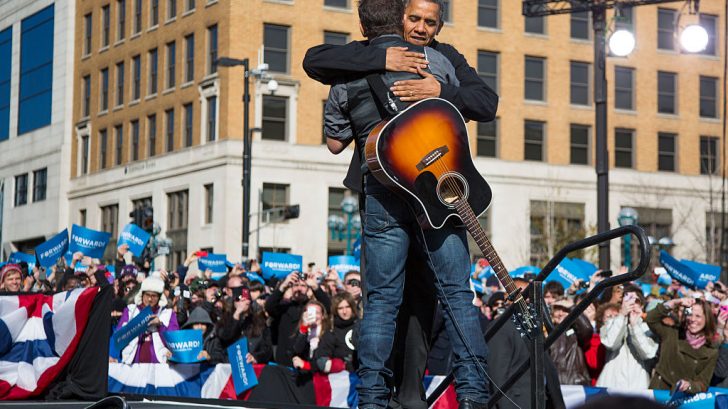 Coolest Person On The Planet

Whoa, according to Former President Barack Obama, the updated version of ‘Born In The USA’ by Bruce Springsteen is surprisingly excellent.

Every Bruce Springsteen fans are eager to get tickets for the “Springsteen on Broadway“. And most of these people who’ve got a $1,000 plus ticket are the lucky ones who have heard the updated version of “Born In The USA”
This slow and dark tone updated version seems to be pretty fitting for the issues we are struggling today and it will be available very soon to the public ears.

That being said, seems like Bruce Springsteen has personally arranged the first copies to be delivered to the former president and that is the very reason why Obama made that kind of impression and have included the unreleased new version of the song as one of his favorite songs of 2017.

Well, let us not conduct any conclusion yet of how much the song has been originally altered. Let’s just assume that it could possibly sound more like of how Bruce Springsteen’s see America nowadays. As we have all observed that Bruce has been expressing an unfavorable opinion against the current administration. That could only be the very plausible explanation of why he decided to alter the song into a somber approach. He could be reflecting on the past.