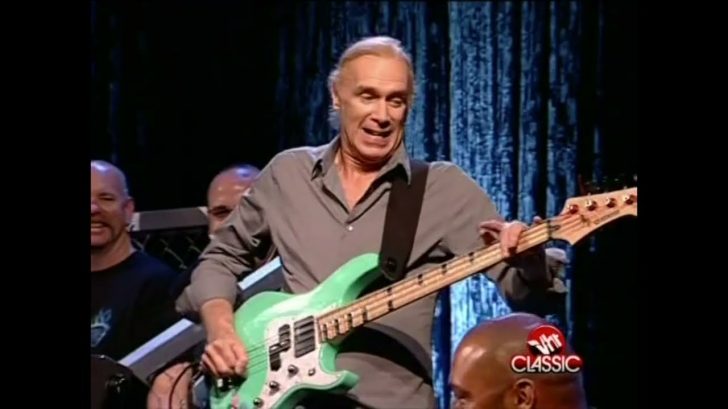 David Lee Roth had already planned out the general contours of his impending solo act when he made the decision to depart Van Halen and go on a solo trip. One of the names the vocalist could think of was Billy Sheehan from Talas. The bassist and his colleagues had previously performed as Van Halen’s opening act while on tour with them.

Diamond Dave’s long-term solo goals were kept hidden at the time. But Billy Sheehan just revealed that he was among the first to find out. When the musician went to DLR’s house and received his request to form a band after leaving Van Halen, the bassist didn’t need to think about it too much. Sheehan made a hasty exit from Talas because he was eager to collaborate with Dave.

According to Billy Sheehan,

”I went to Dave’s house, and we were talking, and he goes, ‘The real story is, you gotta keep it a state secret; you can’t tell anybody [what] the real story is. I quit Van Halen, and I want to start a band. So, you and me, let’s find a guitar player and a drummer and do it.’ I said, ‘Okay, I’m in.”’

Sheehan, who was touring with his old band Talas at the time, found the transitional phase to be both exhilarating and unsettling. Although Billy’s old band was doing well and playing to crowded houses, the bassist was privately apologizing to his colleagues because he couldn’t pass up the opportunity to work with David Lee Roth.

The bassist gave an explanation:

”So, the bad part of that was for the whole rest of that tour with Talas and England, we were weird. We had a great tour; every night, it was jam-packed. People were going crazy. Everything was looking great, but in the background, I’m going, ‘Sorry, guys, but I can’t pass up this one.”’

After working with Roth for two years, Sheehan left The David Lee Roth Band in 1988 as the two continued to form the group with more members. With the recent release of a remastered version of Van Halen’s “Ain’t Talkin’ Bout Love,” DLR has once again established itself as a major force in the rock world.

The full interview is available to watch below.