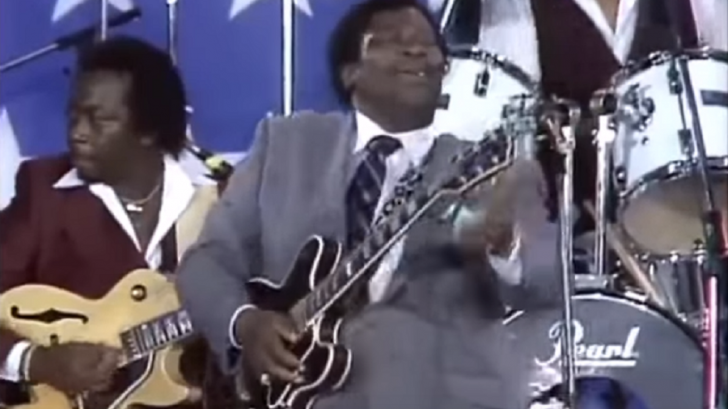 Warning: This May Trigger You To Miss Him More

B.B. King played with such finesse and excellence that no one was fit to be his peer. Even today, his guitar chops remain unmatched. And just when we thought there was no way he could blow us away again, we found this little gem on the internet. He breaks a guitar string mid-performance and boy, he didn’t even slow down!

This confirmed what we already knew – that he was clearly from another dimension. No mere mortal could accomplish that!

“When I’m on the stage, I won’t be thinking about, hey, boy, I’m something else. I’m thinking about trying to tell this story that I want you to understand.” – B.B. King

Others would’ve stopped playing or changed their guitars. But not B.B. King, no. What he did was re-string his guitar LIKE A BOSS. Read that again, this time more slowly. And he didn’t miss a beat while he was at it.