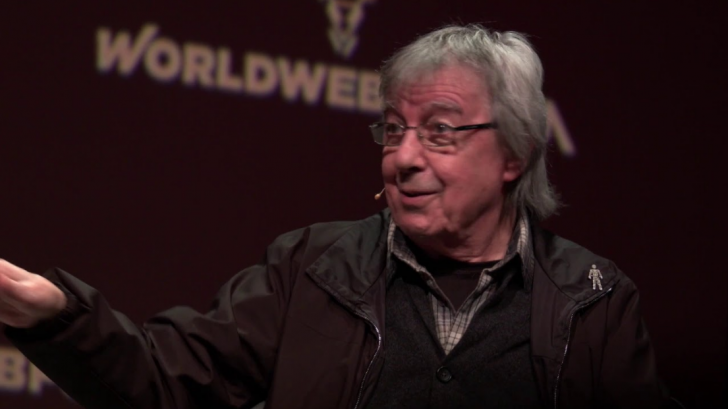 Bill Wyman is planning to auction the Vox AC30 amplifier that gave him the gig with the Rolling Stones in 1962.

The Vox AC30 amplifier is one of the wide range items that will be offered by Julien’s Auctions in Beverly Hills starting from May 29 to 31. Before the auction, the items will be exhibited for free in Ireland from March 10 to April 20 at the Museum of Style Icons in Newbridge, then New York from May 4 to 10 at Hard Rock Cafe, and Beverly Hills from May 18 to 28 at Julien’s Auctions Gallery.

Julien’s describes the amp as “one of the most significant pieces from Rolling Stones history to be offered at this auction,” Julien’s noted that “the important and historic amplifier is one of the reasons Wyman was asked to join. … On the fateful day of his audition in 1962, the band became not only interested in his musical skills but in his amplifier, which sealed the deal.”

“Bill had amplifiers!” Keith Richards confirmed. “Bill came fully equipped. A Vox AC30 amplifier, which was beyond our means to possess … we used to worship it. We used to look at it and get on our knees. To have an amplifier was crucial. First off, I just wanted to separate Bill from his amplifier. But that was before he started playing with [drummer] Charlie [Watts].”

“Collecting and archiving has been one of the great pleasures of my life and will undoubtedly be one of my legacies,” Wyman noted. “It feels like the right time to share my archive with the world. I hope people will get as much joy from my collections as I have. … It is easier to let these items go knowing that a portion of the proceeds from this sale will support three causes that are close to my heart: the Prince’s Trust, Macmillan Cancer Support and Central Caribbean Marine Institute, who are at the forefront of restoring the health of the world’s reefs and oceans.”

The auction will feature items such as several bass guitars, an amp Wyman used during the recording of Exile on Main St., a gold and black stage outfit from the ‘70s, a silver disc award and an early program from a London show featuring the Stones and the Beatles.

You can check Julien’s Auctions website for more information.