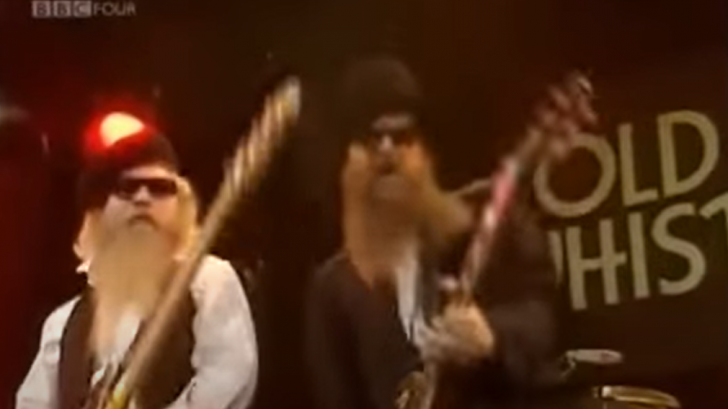 Apparently, by separate a bit from the traditional Blues Rock, ZZ Top decided to be more pointed and sarcastic than ever and went to “slaughter” against everything that seemed to them. Cheap Sunglasses has a lot of intention to criticize fashion “try to meet the masses / and go get some cheap sunglasses”.

In 1979 the band released their sixth studio album, Degüello. It received very good reviews at the time of its publication, including articles that defined it as one of the group’s best albums. It is the first album in which they move slightly away from blues-rock to enter foreign influences. His sarcasm stands out as the most innovative and characteristic element of this album.

This record is simply the best of ZZ Top. The most varied (blues, rock, with a funky soul jazzy sauce), the most successful (the compositions and the production are excellent, the sound of the guitars is amazing but unusual – a truly remarkable title). ZZ Top is at the top especially during their ‘ Cheap Sunglasses’ live performance in 1980, one of the most incredible songs of ZZ Top that needs more recognition.