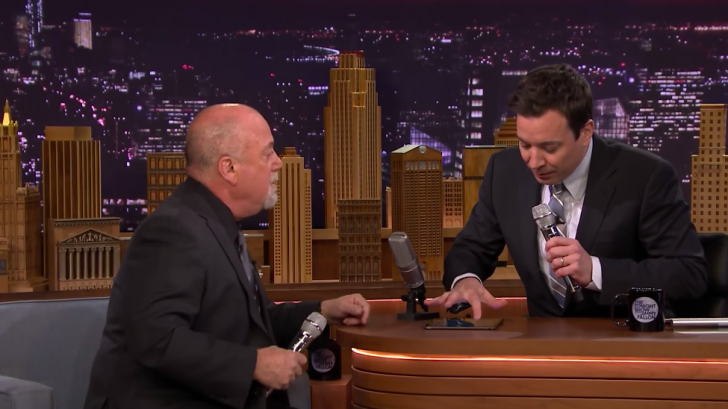 This will probably be the coolest thing you’ll watch today.

Piano Man hit-maker Billy Joel joined Jimmy Fallon on The Tonight Show. He fulfilled the late night host’s dream of singing together by performing a 2-man doo-wop rendition  of “The Lion Sleeps Tonight” by The Tokens using an iPad looping app called “Loopy”. The app helped Fallon and Billy Joel form background vocal harmonies using their own voices in a different levels of keys before singing the the song on top of it. Their impromptu gig was all sorts of fun and also showcased Billy Joel’s timeless musical talent, as well as Fallon’s impressive harmonizing skill.

Loopy is an app that allows users to layer recordings of singing, beatboxing, or instruments. Fallon asked the music legend to sing two parts of four keys of singing “aweem-bawe” into the iPad app. Billy Joel seemed pretty impressed with the looping function of the app Fallon used.

Later into the song, the two were joined by Fallon’s house band The Roots as the audience clapped in unison to the beat.