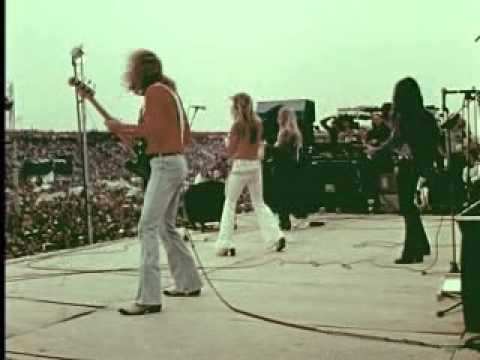 Inspired by the hometown of its leader Jim “Dandy” Mangrum, the name of Black Oak Arkansas is consubstantial with the southern rock of the seventies. Landed in Los Angeles, having passed through New Orleans, through Tennessee, after a dark story of the theft of amps fell on them, tells the tale of Black Oak Arkansas as their musical identity.

Street Party is from 1974, the fifth studio album in the band’s record hierarchy. It follows in the footsteps of live Raunch & Roll and after the excellent High On The Hog.

A little lazy side and its tendency to move away from the southern lineage that we generously lend it undermines the credibility of this record which, if we want to recognize it at all costs a connection to southern rock, ranks BOA in the second knives of the genre, outsiders.

Only the very short, but excellent track, Hey Y’all, deserves the honor.

American southern rock band in the style of Lynyrd Skynyrd or The Marshall Tucker Band, led by singer and frontman Jim “Dandy” Mangrum (born March 30, 1948, in Black Oak, Arkansas), performing at the Charlotte Motor Speedway North Carolina in 1974 with their classic Hey Y’all.