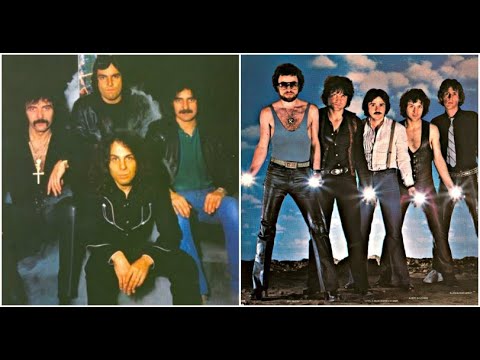 The band’s drummer Blue Öyster Cult, Albert Bouchard, has thought little fondly of the tour they co-starred with Black Sabbath in 1980. During a recent interview with the show Full in Bloom, Bouchard admitted that there was a lot of tension between Blue Öyster Cult and Black Sabbath throughout the tour. “It wasn’t OK, it was not fun,” said the musician.

The problems between Black Sabbath and BOC during the tour:

To solve the situation, the drummer assures that:

“And we would have to cut our set. I was like, by halfway through the tour, I said to Sandy, ‘Why don’t we just open every show? Just open the show, and they might be more friendly if we let them do that…’

Finally, Albert Bouchard clarifies the reasons why Black Sabbath behaved the way it did:

“I think that they tried to sabotage us when they would open by going out late and playing long, but there was also an issue with Ronnie Dio, one of our roadies had made some remark that he took offence to.”

The comment would have been related to the stature of the heavy metal legend:

“I’m told it was some ‘short’ remark, which is kind of odd because Ronnie Dio is the same size as me – we’re all short, so I don’t know why he would be offended or even why the roadie would say something.”

“It seemed a little stupid, so we had to ‘fire’ the roadie – we didn’t really fire him, we just took him off that tour.

Finally, he adds one more anecdote about what could have generated the enmity between the band members:

“And I got into some hassle with Tony [Iommi, guitar] too. I was playing my guitar in my hotel room, and he was next door, he was mad, it’s like he’s got a hot date, and I guess I was breaking the mood. I was playing Steely Dan songs, he couldn’t handle it.”