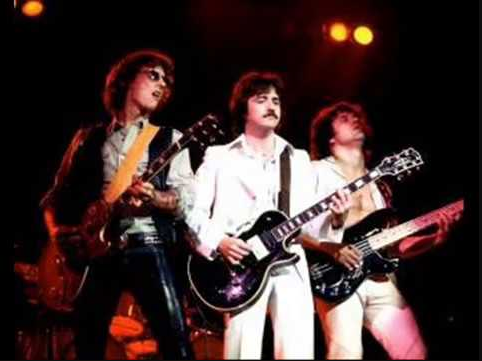 Blue Oyster Cult will be releasing three new albums. Yes! You heard that right! THREE NEW ALBUMS on its way in 2020. First to be released on Jan. 24 are Hard Rock Live Cleveland 2014 and a remastered version of the group’s 2014 studio album, Cult Classic.

Blue Oyster Cult are also expected to release an album with fresh material next year:

“We’re working in between tour dates and we’re doing it in four- or five- date jaunts when we get a chance,” Eric Bloom told the Pittsburgh Post-Gazette recently. “We already have five songs in basic form and we’re putting down tracks on seven more, so that will make 12. And we’ll probably have a few more songs to put down when they’re ready and we’ll pick and choose from those to see what make the final cut. This record will probably be out June or July of 2020.”