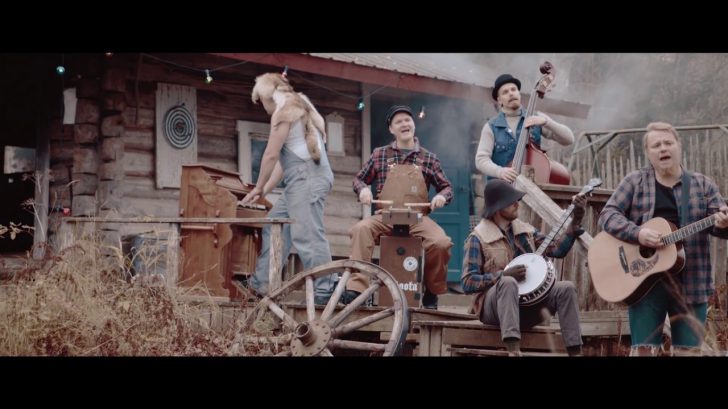 Steve ‘n’ Seagulls began its history in 2011. According to Remmel, the band’s vocalist, everything happened as the members met, although the line-up of the band is not the same today, as they were different changes between members as time goes by.

However, their fame came when they decided to upload their bizarre covers to YouTube, “we wanted some agency to discover us,” he said when asked why they uploaded their first video six years ago and not since its inception.

The first thought that comes to people’s minds is that these musicians are from the southern United States. Once they find out that all the members are from Finland, the impression is even greater.

“I don’t feel that we are influenced by the culture of North America, some of the instruments that we play do have their origin in places like Kentucky, but some others like the accordion are common in Finnish traditional music,” said Remmer regarding the similarities in this gender type. However, in 2016, their album Brothers In Farms conquered the Number One position on the Billboard Bluegrass chart.

Within Steve ‘n’ Seagulls ‘musical compilation are covers of AC / DC, Pantera, Iron Maiden, Metallica, KISS, Guns N’ Roses, among other iconic bands; although none of his songs sound like we normally remember them. Banjo, acoustic guitar, a double bass, a mandolin, a sink, and even spoons, make themselves heard while reciting the same lyrics as always.

Some of their videos with the highest number of views are those of his reinterpretations of “Nothing Else Matters”, “November Rain”, “You Shook Me All Night Long” and “Thunderstruck”.

Listen to their November Rain cover in Bluegrass Style: