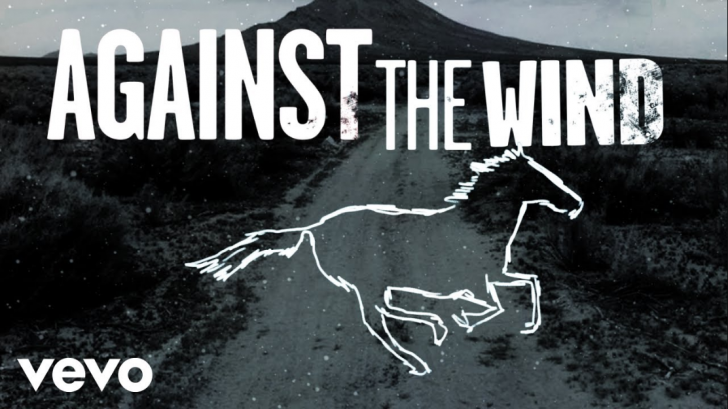 Bob Seger just recently released a lyric video for the title track to Against the Wind, which will have its 40th Anniversary this coming Friday. The clip is followed by the lyric video for “Night Moves,” and can be watched on his new YouTube channel.

Classic Seger imagery — animated horses, motorcycles, and vast American highways — can be seen in the video with each line flashing for the track.

“It seems like yesterday,” he sings, “But it was long ago/Janey was lovely, she was the queen of my nights/There in the darkness with the radio playing low.”

Against the Wind was released on February 25th, 1980, with his then Silver Bullet Band, — it was Seger’s only Number One album.

“Knowing the difference between when people are using you and when people truly care about you, that’s what ‘Against the Wind’ is all about,” he told Rolling Stone of the track in 1980. “The people in that song have weathered the storm, and it’s made them much better that they’ve been able to do it and maintain whatever relationship. To get through is a real victory.”

Keep going and watch the lyric video below: