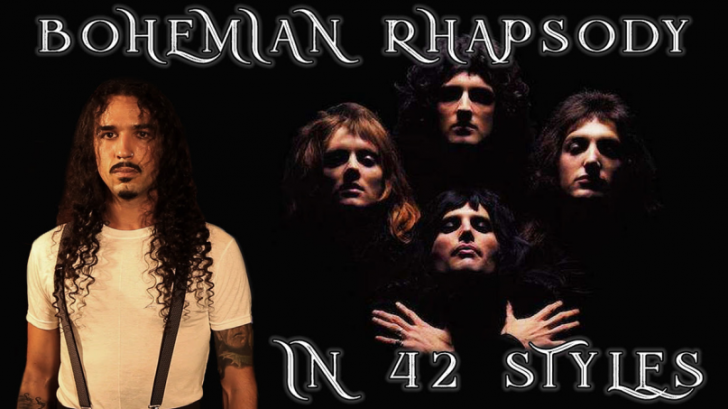 He’s taken a huge step to sing the masterpiece of one of the most celebrated singers of all time, Freddie Mercury, and he belted it out uniquely – a rendition of “Bohemian Rhapsody” in 42 different musical styles.

The Youtuber is best known for his 10 Second Songs YouTube Channel and amazingly achieved 2.7 million subscribers. Now he took a huge step by performing Queen’s most famous masterpiece like he owns it.

Ever wonder what would it sound like to hear Bohemian Rhapsody in a Johnny Cash style, just imagine him singing “Mama, just killed a man. Put a gun against his head, pulled my trigger, now he’s dead.” What about in the style of David Bowie, or if you prefer it heavy, then Ozzy Osbourne is the best choice.

Keep scrolling and go for the video below!

“It was a big task, and I finally decided to really do it and disappear for a little while to get it done,” Vincent said after his performance.

This is the first time the Youtuber did 42 different styles, as he is well-known doing 15-20 styles per song in his videos. I guess, there’s always an exception especially if it’s a masterpiece, – he performed twice as many. Queen and Freddie, of course, deserves to be honored this way.

Even a YouTube commenter took the performance as “SOMETHING,” saying:

“This wasn’t just a normal video… It was a spiritual experience.”

Everybody loves doing something uniquely incredible, and this surely is one of them.