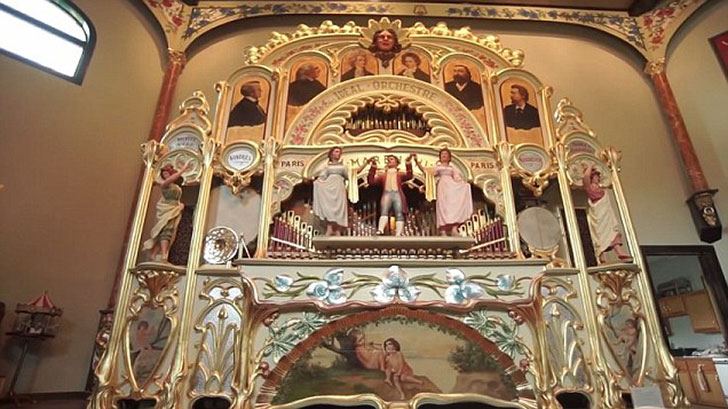 THIS THING GOT SOME PIPE!

Queen’s Bohemian Rhapsody has never been heard like this before! Queen’s legendary song played on an 81 key,  110-year-old Marenghi fairground organ and it is astounding, though in an unusual manner.

The video of an old fairground organ performing Queen’s classic Bohemian Rhapsody, it was arranged by Alexy Rom, and the entire musical notes of it was a paper roll readable version for the organ. Props to the MAN! He did a HELL OF A GREAT JOB! The music was LIT, and it got some pipes! Well, it’s a pipe organ instrument after all. I just wish I had an organ such as this one because classic rock songs played on a really old organ sounds way awesome than you’d think!

The organ built in Paris, France in 1905, and it has more than 350 pipes that brought a remarkable and unique sound to Queen’s ultimate classic Bohemian Rhapsody! You can check it below!

Keep going for the video!