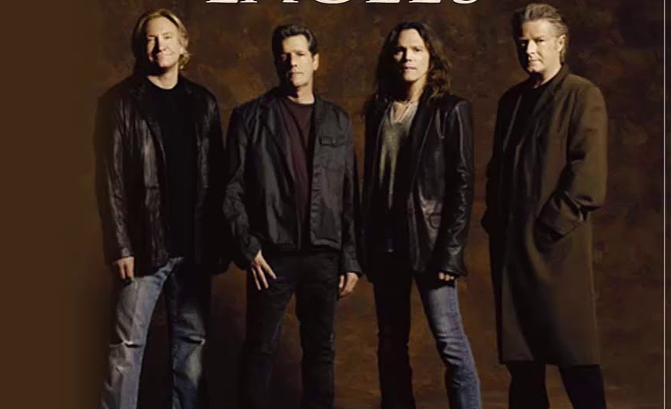 The Eagles story begins when Glen Frey (singer, guitarist, and songwriter) and his friend Don Henley (drums and singer) join the band that accompanied Linda Rondstand in the recording of their album “Silk Purse”. After two years of collaborating with this band, both decided to leave it to create their own group. For this, musicians Bernie Leadon (string) and Randy Meisner (bass) are invited to participate in the project. They were later joined by Joe Walsh (guitar and backing vocals), Don Felder (guitar), and Timothy B. Schmit (bass).

Let’s Break Down The Love Songs From The Eagles:

Love Will Keep Us Alive

Written by Jim Capaldi, Paul Carrack, and Peter Vale, “Love Will Keep Us Alive” which was first recorded by the Eagles in 1994. The song suggests or sends a message of romantic love.  Hard work, faith, and responsibility.

The Best of My Love

This track was a leftover from the Glyn Johns sessions and was included on On The Border album, and unexpectedly became the Eagles first #1 hit. J.D. Souther helped Glenn Frey write the song along with Don Henley. This song is often used as a wedding song, but it’s really a breakup song:

“You see it your way, and I see it mine, and we both see it slipping away.”

“We were trying to move in a heavier direction, away from country rock. And so I wrote 16 or 17 song ideas, kind of in a more rock and roll direction, and ‘Victim of Love’ was one of those songs. I remember we went in the studio and we recorded it live with five guys playing. The only thing that wasn’t played in a live session was the lead vocal and harmony on the choruses. Everything else was recorded live.”

Don Henley and Glenn Frey co-wrote the song with non-other Bob Seger and J.D. Souther. Frey was a 19-year-old when he first met Seger who took him under his wing and helped him to kickstart his music career. Bob Seger’s contribution to the track was the chorus. J.D. Souther explained:

“We didn’t get to a chorus that we liked within the first few days, and I think Glenn was on the phone with Seger, and he said, ‘I wanna run something by you,’ and sang it to him, and Seger just came right in with the chorus, just sang it and it was so good. Glen called me and said, ‘Is four writers okay on this?’ And I said, ‘Sure, if it’s good.’ And he said, ‘Yeah, it’s great. Seger just sang this to me,’ and he sang it to me and I said, ‘That’s fantastic.'”

I Can’t Tell You Why

A song that talks about a relationship on the rocks – all the arguing intensifies all the time to the point it led to breaking up one night. Eagles bass player Timothy B. Schmit, who replaced Randy Meisner in 1977, wrote the song and was the primary lead singer for the track. Schmit explained in 2011 during an interview:

“It was co-written by me and Don (Henley) and Glenn (Frey). I did bring a portion of that song, unfinished, to them back then, because I was new in the band and they wanted to introduce me on a good note, no pun intended. And I had this little piece of a tune that they really liked. It was loosely based on my own experiences.”