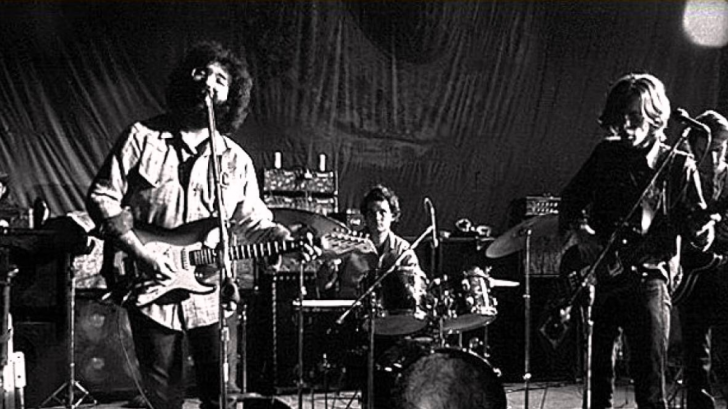 Going into any Grateful Dead album is an experience at least curious, although it is not always just as rewarding. Eclectic and imaginative like themselves, they must be recognized as one of the most daring and ambitious groups in the history of music in the second half of the 1960s, which led them to garner an important number of fervent followers who called themselves the Deadheads.

We Break Down The Psychedelic Songs From The Grateful Dead:

The only Grateful Dead song that became a bestseller, entering the American top ten in 1987. The song appeared on the album ‘In the Dark’ which was recorded shortly after Garcia suffered a coma in 1986 for his usual drug problems. Hence the song became famous for its refrain “I will get by / I will survive”. It is the song that opens the tribute album ‘Day of the dead’ in the version of one of the groups most influenced by García and the Dead, The War On Drugs.

‘American Beauty’ is the great album of the Dead, a perfect album that contains some of the best songs of his career such as Bob Weir’s ‘Box of Rain’ and ‘Sugar Magnolia’ or those that follow in this listing. The first of them is the song with which the band is most often associated, ‘Truckin’, composed of the four main members, García, Lesh, Bob Weir and the lyricist Robert Hunter who hit the nail on the head with this description of the life on the road that gave the band the phrase that would best define them: “what a long, strange trip it’s been”.

If the Grateful Dead reached legendary status, becoming the quintessential cult band, with its group of followers, the ‘deadheads’, it was thanks to their live shows, special events in which the band indulged in long ‘jams’ in which the guitar of Jerry García always stood out in its own right, finding in ‘Dark star’ the perfect vehicle for his peculiar style. Although it was published in 1968 as the B side of a single, in a version of just two minutes, the iconic version of it is the one that appears in ‘Live / Dead’ the first live album by the band with their most 20 minutes, many of which are occupied by García’s solo.

The Grateful Dead were the hippie and psychedelic band of reference but unlike many of their San Francisco teammates when they had to bring their sound to the studio album they failed hopelessly. It was not until the third attempt, ‘Aoxomoxoa’, that the band began to feel at ease. It was on that album that the long collaboration between Jerry García, as a music composer, and Robert Hunter, as the author of the lyrics, began, which would last the rest of the group’s career. One of their first collaborations was ‘China Cat Sunflower’, one of the songs that would become fixed in the band’s live repertoire, with more than 500 recorded recordings, most of them paired with ‘I know you rider’, as you can see in the live ‘Europe 72’.

The group’s first hit was this’ St. Stephen ‘a song of psychedelia, written by the duo García and Hunter, with the aid of bassist Phil Lesh. It is the track that opens ‘Aoxomoxoa’ and, despite being a plugin collection of the late 60s and 70s, it came into decay from then on, providing the ‘deadheads’ a very unique event when the group performed it again.