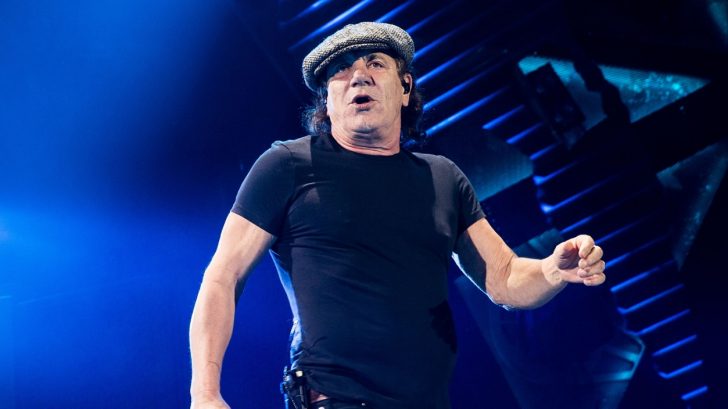 Brian Johnson, the lead singer of AC/DC, is the ideal rock ‘n’ roll frontman; if it were up to him, his band would consist solely of singers. Since starting his first band, the Jasper Hart Band, Johnson’s voice has taken him to places he never imagined.

The AC/DC rocker revealed a lot of intriguing information in his TV show, Brian Johnson: A Life On The Road. He has had conversations on the show with musical legends including Lars Ulrich of Metallica, Joe Walsh of The Eagles, Sting, Roger Daltrey, and Robert Plant, the former leader of Led Zeppelin.

After their encounter, Walsh invited the AC/DC singer to perform on his Old Fashioned Rock ‘N’ Roll Radio Show as a way of saying thanks. The powerful duo once began discussing creating a supergroup together during their enlightening talk. Walsh remarked,

“I’m not gonna go there, but maybe we should start a band.”

Johnson said that The Eagles guitarist was a part of his ideal band. He responded:

“Aw, Joe, that would be good. Robert Plant, Roger Daltrey, we’d get all the boys. We can sing rock ‘n’ roll harmonies. The Three Rock Singers: That would be pretty good, wouldn’t it?”

The fact that Plant and Daltrey both came on Johnson’s television show is a testament to the mutual respect between the three of them. The segment with Plant was especially instructive since he was frank about the band’s first inspirations and the distance he now feels from Led Zeppelin.

“Cream, the Grateful Dead, the white blues thing was kicking in,” Plant explaining to Johnson. “And you had that great West Coast thing going on with Jefferson Airplane and stuff. You had a subculture develop, and we kind of attached ourselves to that. We didn’t have any social statements to make. We weren’t visionaries, in that sense. But we were, still by our age, at the time, still part of that huge movement of energy.”

“I can’t hardly remember any of it at all,” When they talked about the iconic “Immigrant Song” by Zeppelin, Plant was really honest. He also offered Johnson his place in the band in jest and said:“If you want a job now I can put a good word in for ya!”

A supergroup with Joe Walsh, Brian Johnson, Robert Plant, and Roger Daltrey in their heyday unquestionably would have been amazing. But now when all the boys are in their autumn years, it’s better to use our dreams than to insist on them becoming a reality.