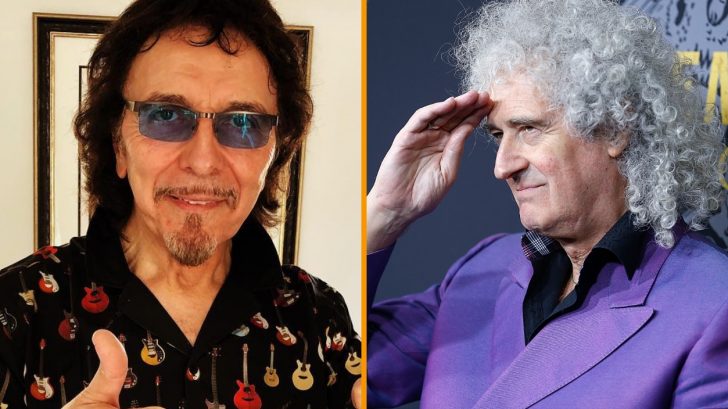 Yesterday, legendary metal guitarist Tony Iommi celebrated his 71st birthday and if you were active on social media then you’d know that hardly any figure in rock & roll went without wishing him a happy birthday. It just goes without saying that Tony was, is, and always will be one of the most iconic and influential musicians of all time.

As someone who is credited for literally creating heavy metal, he and his counterparts in Black Sabbath unintentionally created an entire new subculture in the late 60s. That’s just not something you do overnight, yet they did. To put it simply, music may not be where it is today without Tony Iommi.

One such fellow guitarist that took notice of Tony’s birthday was Queen’s very own Brian May, who himself has been having a great year it seems. Brian, however, did something a little different in honor of Tony’s birthday.

Instead of only saying nice words on social media, he actually got him a gift, and it’s a gift that, from the looks of things, he really enjoyed!

Happy Birthday @iommi099 ,Father of Heavy Metal ! And greatest pal ! Glad you liked the shirt !!! At a stroke you have made it cool !!! Bri

This is no doubt a great gift from one guitar player to another and it’s one that truly shows the pure friendship between the two. Brian’s birthday is in July, so you can’t help but wonder if Tony will return the favor, but chances are that he will.

These are two of the greatest guitarists that ever lived and both are a part of bands that helped shape rock and metal as we know taking it to the grand stage it currently sits at.